“This article is originally posted on Sofar Ocean”

In 2016, the US offshore oil and natural gas industries—which are heavily concentrated in the Gulf of Mexico— contributed 315,000 jobs and $30 billion to the US economy. These industries are lucrative, but they see their fair share of challenges.

Even during the best of times, the extraction of oil and gas demands strict attention to employees’ health and safety and the maintenance of assets. But as extreme weather events increase—strong winds, heavy rain, lightning, and high seas—the risk of mishaps increases, requiring additional care. Delivery and distribution may be halted, assets may become damaged, and there’s a greater chance of oil and chemical spills.

A Look at Past Events

The US offshore oil and gas industries were dealt a one-two punch in 2005, as two category-5 hurricanes (Katrina and Rita) swept across the coast. The effects were so damaging that it took years to recover:

– 3,050 of 4,000 platforms in the Gulf were affected, each of which halted production for several weeks.

Companies spent millions to repair their infrastructure. Shell, for example, spent over $300 million on recovering and repairing assets. Besides the cost of repairs, for the next nine months, 22% of federal oil production and 13% of gas production remained shut-in—resulting in the loss of 150 million barrels of oil and 720 billion cubic feet of gas. 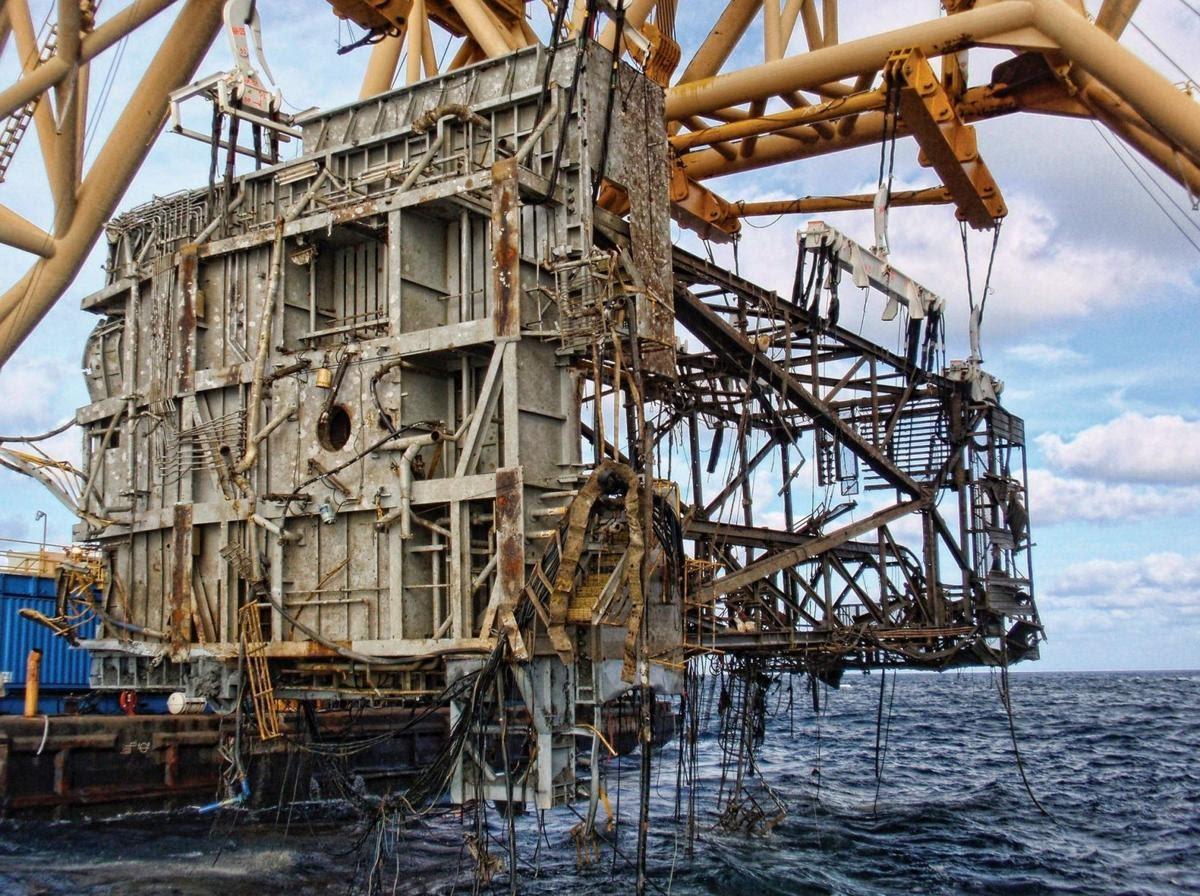 Since those two hurricanes, there have been ten more category 5 Atlantic hurricanes. Climate change’s effects are certainly being felt— and experts anticipate that it will induce more storms at greater intensities. Although we can’t stop them from happening, we can learn more about them and determine the best ways to reduce their impact—to ensure these industries operate safely and remain lucrative.

Data’s Place in the Offshore Oil and Gas Industries

It’s the responsibility of oil and gas companies to protect their infrastructure, assets, and employees. It’s also their responsibility to set up emergency response teams and employ remediating measures to minimize the extent of oil spills if and when they occur.

Accurate, real-time data (and alerting) is vital for making fast, informed decisions that will protect assets, lives, and the environment. Here are two specific applications of data to the offshore oil and gas industries:

A week of delay to operations could affect major shippers and cost companies as much as $7.5 million. Time is essential for reducing the impact of extreme weather events such as hurricanes.

Anticipating upcoming wind shifts and speed changes can help prepare and protect vessels and their tethered connection. Having up-to-date weather data also allows companies to avoid dangerous activity. Not only does this protect these billion-dollar oil rigs and employees, but it also prevents oil spills.

Real-time ocean data is also important for monitoring everyday weather and temperature changes. Milder weather can still put operations and assets at risk. For pipes, all it takes is a 35 mph wind at a specific angle to become damaged. (To put that into perspective, Hurricane Katrina’s wind speeds were moving at 175 mph.)

To reduce the risks posed by climate variability and change, some experts advocate for better collaboration between the oil and gas industries and the meteorological community. A stronger partnership between these two groups would allow for better integration of high-quality weather and climate information into energy sector activities.

To limit the areas affected by an oil spill and facilitate containment and cleanup efforts, several factors must be identified:

– Size and extent of the spill

– Direction and magnitude of oil movement 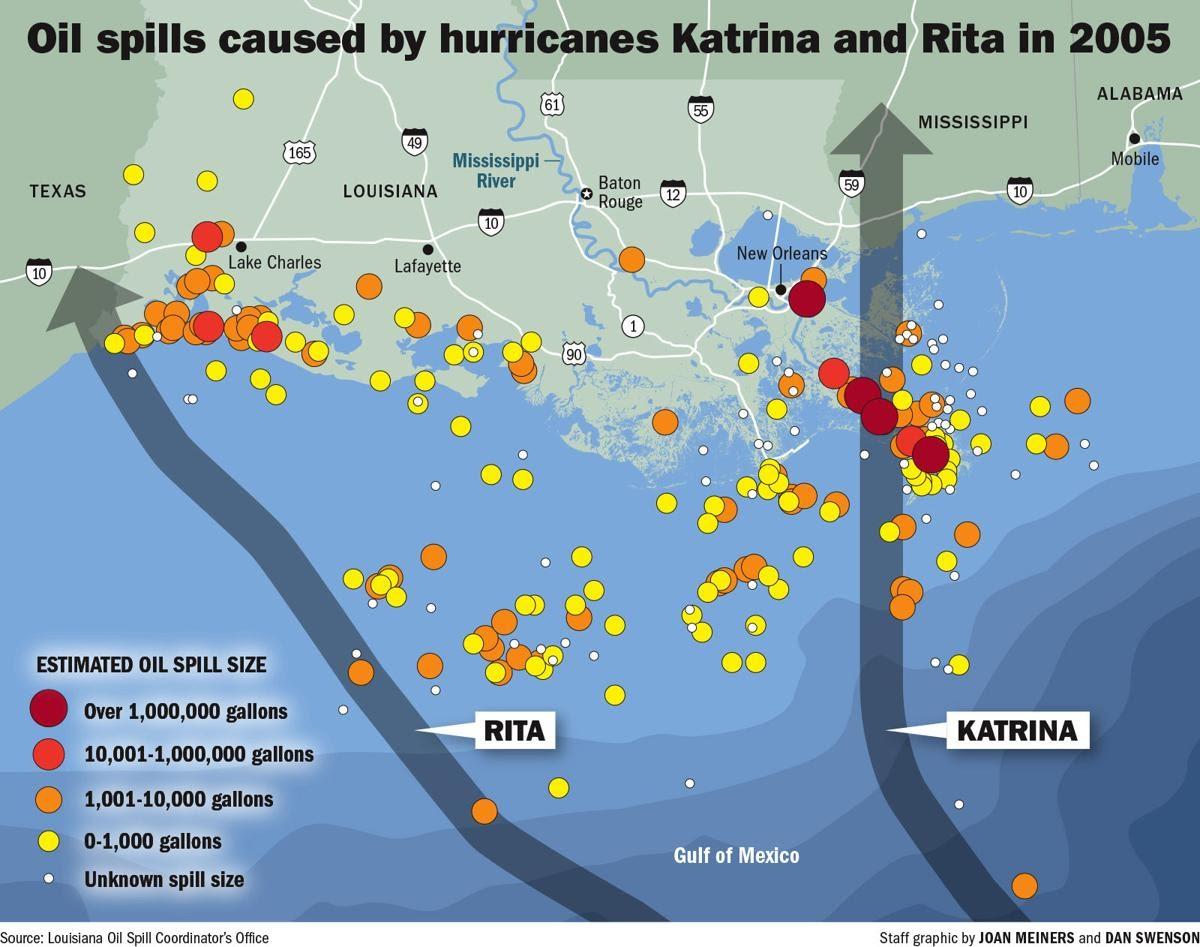 To echo the prior discussion, the weather is becoming increasingly unpredictable. With quick changes to wind speeds, currents, and waves, oil spill trajectory maps need to be informed by real-time holistic data to be effective. These industries are some of the most advanced users of weather and climate information. However, their rapid evolution, and extreme changes to weather, constantly create new needs.

The offshore oil and gas industry isn’t the only large industry requiring top-quality data in the face of increasingly volatile weather. Read about the risks to the maritime industry and how real-time data is a game-changer for operations.

Registar for the 4th Lawyers in Oil and Gas Conference 2021