The African Continental Free Trade Area Agreement (AfCFTA) was established in order to boost the trade and economic growth of Africa and to strengthen integration among African countries.

On 21 March 2018, the Establishment of the AfCFTA was signed in Kigali, Rwanda, by 44 Heads of State and Government of the 55 African Union (AU) Member States. The African Continental Free Trade Agreement (AfCFTA), is meant to create a tariff-free continent that can grow local businesses, boost intra-African trade, rev up industrialization and create jobs.

If all 55 African countries join a free trade area, it will be the world’s largest by number of countries, covering more than 1.2 billion people and a combined GDP of $2.5 trillion, according to the UN Economic Commission for Africa (ECA).In addition, the agreement contains elements that will help African countries to implement their developmental and industrialization aspirations.

1. AN OVERARCHING ESTABLISHMENT OF THE AFRICAN CONTINENTAL FREE TRADE AREA; This framework sets out the vision of AfCFTA to create a single liberalized market for goods and services, facilitated by movement of persons, in order to deepen the economic integration of the African continent.

2. A PROTOCOL ON TRADE IN GOODS; this framework of AfCFTA consists of  general obligations and nine Annexes as well as provision for national schedules of tariff concessions. Its objectives are the progressive elimination of tariffs and non-tariff barriers, enhanced efficiency of customs procedures, trade facilitation and transit.

3. A PROTOCOL ON TRADE IN SERVICES; this framework comprises of general obligations with Annexes and national schedules of specific commitments. Its objective is to progressively liberalize trade in services on the basis of equity, balance and mutual benefit, by eliminating barriers to trade in services.

GUIDING OBJECTIVES AND PRINCIPLES OF AFCFTA

The Agreement sets out a number of general and specific objectives.

The general objectives set out the vision for the AfCFTA (Article 3), which are to:

i.    Create a single market for goods, services, facilitated by movement of persons in order to deepen the economic integration of the African continent and in accordance with the Pan African vision of ‘an integrated, prosperous and peaceful Africa’ enshrined in Agenda 2063;

ii.    Create a liberalized market for goods and services through successive rounds of negotiations;

iii.    Contribute to the movement of capital and natural persons and facilitate investments building on the initiatives and developments in the State Parties and RECs;

iv.    Lay the foundation for the establishment of a Continental Customs Union at a later stage;

vi.    Enhance the competitiveness of the economies of State Parties within the continent and the global market;

viii.    Resolve the challenges of multiple and overlapping memberships and expedite the regional and continental integration processes.

The specific objectives (Article 4) necessary to realize these general objectives include:

i.    Progressive elimination of tariffs and non-tariff barriers to trade in goods;

iv.    Cooperation on customs matters and the implementation of trade facilitation measures;

v.    Establishment of a mechanism for the settlement of disputes concerning the rights and obligations of Members; and

vi.    Establishment and maintenance of an institutional framework for the implementation and administration of the AfCFTA.

The AfCFTA is to be governed by 12 core principles (Article 5):

1. Driven by Member States of the African Union;

2. RECs’ FTAs as building blocs for the AfCFTA;

4. Flexibility and special and differential treatment;

5. Transparency and disclosure of information;

6. Preservation of the acquis;

11. Consensus in decision-making; and

12. Best practices in the RECs, in the State Parties and International Conventions binding the African Union.

In the long-run, trade liberalization in the AfCFTA will lower trade costs and allow consumers to access a greater variety of products at lower prices. Lower costs for imported raw materials and intermediate inputs increases competitiveness of downstream producers and promotes the generation of regional value chains. Trade liberalization also allows firms to access a large continental market and gain from economies of scale. In the long run, increased competitive pressures may improve firm efficiency. However, market consolidation may arise when smaller firms are exposed to stiffer competition.

Trade liberalization allows domestic firms to access bigger markets and gain from economies of scale. Once the small local market constraints are lifted, trade may not only allow firms to grow faster but also to have better access to finance and technology in the world economy. These benefits may also bring challenges to countries. Large firms that are taking advantage of economies of scale may gain dominant position in markets at the expense of SMEs. Market consolidation may arise when SMEs are exposed to stiffer competition during the transition. Thus, in order to ensure a smooth transition during trade liberalization, complementary policies such as consumer protection and competition policies need to be put in place.

The possibility of experiencing significant tariff revenue losses during the transition remains a challenge for successful completion of the AfCFTA negotiations as these revenues are important source of income for some governments. Tariff cuts, however, should not be understood as absolute losses for countries but as redistribution of income from governments to consumers and producers.

The African Continental Free Trade Area covers trade in goods and services, investment, intellectual property rights, competition policy and, possibly, e-commerce. Given its wide scope, which moves beyond the requirements of a traditional free trade area that, in general, focuses only on the elimination of tariffs and quotas on trade in goods, the expectation is that the agreement will be a key contributor to the economic integration of Africa. If effectively implemented, it should catalyse Africa’s industrial transformation, while boosting trade and investment between countries and regional economic communities, to generate prosperity for citizens, in line with the 2030 Agenda for Sustainable Development and the African Union’s Agenda 2063: The Africa We Want.

The AfCFTA has the potential to make a concrete impact on the lives of ordinary citizens across the continent. By facilitating job creation and greater competitiveness of African micro, small and medium-sized enterprises (MSMEs), the AfCFTA will be a significant instrument in lifting people out of poverty and invigorating Africa’s growth trajectory.

Successful implementation of AfCFTA would help cushion the negative effects of COVID-19 on economic growth by supporting regional trade and value chains through the reduction of trade costs. In the longer term, AfCFTA would provide a path for integration and growth-enhancing reforms for African countries. By replacing the patchwork of regional agreements, streamlining border procedures, and prioritizing trade reforms, AfCFTA could help African countries increase their resiliency in the face of future economic shocks

The implementation of the AfCFTA will support the Boosting Intra-African Trade (BIAT) aim to double intra-African trade by 2022 and promote industrialization, since it will require the establishment of cross-border value chains and promote a larger and more sophisticated range of investments. Improved intra-African trade in goods will automatically promote employment, social advancement, consumer choice, and a range of other objectives closely associated with the Sustainable Development Goals (SDGs).  There is need to improve financial sector development, education levels and strong governance structures in order to benefit from the AfCFTA.

Increased levels of industrialization will reduce the exposure of African resource-rich countries to the cyclical shocks associated with a dependence on the trade of primary commodities in the international market.

In the light of the issues discussed, I recommend the following actions in order to ensure that the African Continental Free Trade Area serves as a framework for progress, development and inclusive economic growth of Africa: 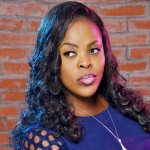 Again, FG/NBA Meeting Over JUSUN Strike Fails to Hold
The meeting between the Federal Ministry of Labour and Employment...

Kidnapping in Nigeria: The Tragedy and the Pains
By Alexander Ekemenah Introduction What started as a child’s play...