This position was voiced out in a statement by the Forum’s Chairman, Terhemen Oscar Aorabee.

The assault which started on the 8th of April 2021 and has remained unabated with a vow by the Army High Command not to relent until the alleged killers of the solders are apprehended.

It must be noted that the shifting narrative from the Army and other political authorities as to how the soldiers got involved in communal clashes between the Bonta community of Konshisha and Okpute community of Oju in the first place gives us a source of concern about the undue and unnecessary militarization of the civil space which in itself does not augur well for our democracy.

While we all agree that it is wrong to attack and kill soldiers who have, as their names suggest, sold- their lives to protect ours, in the line of duty, as no God-given life deserves to be snuffed out without due process, the same sanctity must and should always be accorded to civilian lives, for which a lot of taxpayers’ money is spent on the military in training, retraining, salaries and equipment to secure. This is because the primary responsibility of government and governance, for which government institutions, including the military, are established, is the protection of lives and properties.

It is against this background that we totally condemn the rolling out of disproportionate military arsenal, made up of tanks, mortar, artillery and air fire against, and the subsequent bombardment, levelling, burning, killing and displacement of the helpless and hapless civilian population in Adoka, Agidi, Agune, Awajir, Bonta, Gbinde, Guleya, Gungul and Ullam in Konshisha and Gwer East Local Governments under whatever guise.

Collective Punishment and Disproportionate Use of Force by any standard are crimes anywhere in the world, irrespective of who is involved and who is the victim. When carried out against communities for the offence of their members, collective punishment is a war crime. Even in the civil space there is no vicarious liability atonement for crime or sin apart from the one Jesus Christ did voluntarily. Every individual must be punished for his own crime.

We will not be part of conceding an inch civility to criminality simply because it is said to be the practice of the Military to level down communities in revenge for the killing of their men. We have the DSS, DIA, SCID etc who are trained to do discreet investigation to unravel whatever crime committed. They could have been allowed to do their bit and when it comes to arrests of identified suspects, superior power could have only been called in to cordon the area and “take out”, to use President Buhari’s words, the identified culprit/suspects.

We must not, and NO ONE must be allowed, in trying to get justice, return us to a “might is right” primitive and brutish state and abdicate due process to jungle justice. We cannot, and should not, condone jungle justice, whether by mob action or military action.

We have undeniable and unimpeachable evidence of the burning, maiming and destruction of lives and properties including places of worship, business premises, residential houses, vehicles and massive foodstuff, including those of many of our members (with the intention of punishing the people by hunger) by none other than the Nigerian Army. This is targeted at whole communities and neighbourhoods because the alleged killers of the soldiers are said to belong there. This is collective punishment.

Under the Constitution of the Federal Republic of Nigeria, 1999 (as amended) every citizen, including the slain, the dispossessed and displaced people of Konshisha and Gwer-East Local Governments are entitled to the rights to life, fair hearing, ownership of property, dignity of the human person, which rights have been violated by the Nigerian ArmyWe therefore, call on the President and Commander in Chief of the Armed Forces and the of Chief of Army Staff to, as a matter of urgency, constitute a high powered Panel/Board of Inquiry to investigate these atrocities and violation of human rights by the Nigerian Army with the view to bringing to book the persons involved in the gross violation of military ethics/ROE and fundamentalbrights of the civilian population in these areas.

We also call on the Federal and State Governments to make the necessary arrangements to avoid the humanitarian disaster that is looming as a result of the unnecessary displacement of the teeming population of women, children and the aged, and the massive destruction of foodstuff by the Army for the purpose of starving this vulnerable population.

On our own part, we will not rest on our oars, or leave any stone unturned -and no turn unstoned, to ensure that justice is done to the helpless victims of these atrocities by the very Army that is paid to protect them. To this end, we shall empanel a very strong and formidable legal team to approach Courts of competent jurisdiction to seek redress while waiting for military justice against its officers and men.

Finally We commiserate with the Tiv Nation particularly the people of the Tiv communities of Adoka, Agidi, Agune, Awajir, Bonta, Gbinde, Guleya, Gungul and Ullam in Konshisha and Gwer East Local Government Areas of Benue State on this unfortunate calamity the Nigerian Army has once again foisted on us and assure them that though the wheel of justice may grind slowly and steadily we shall do all we can to ensure justice is served even in this case.

NAMING NAMES: See Those Truly Deserving of Laudation, Accolades for the Superlative Planning & Excellent Delivery of the 2019 NBA Annual General Conference
(A huge challenge for the TCCP for NBA-AGC-2020) (By Sylvester... 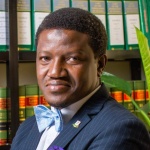