Growing up as a girl, I have seen a lot of injustices committed against women. These include domestic violence, sexual molestion and much more. With time, I began to ask questions as to why women are considered vulnerable, voiceless and powerless.

And when I speak up, the people around me considered and tagged me a feminist, a follower of the feminism ideology.
In my quest to find out if this so called feminism fits my stand as a Muslim woman,

I decided to research and know for myself what feminism is all about and as a Muslim who is guided by the Islamic faith, I came to the realization that Western feminism is not for me.

Women in Islam already have those rights given to them by the shari’a long before the western feminists began to fight for them. This indicates that feminism in its origin was not against the teachings of Islam, rather it is what feminism has grown to be in this modern times that makes some of the values and objectives of feminism totally contradictory to the teachings of the Shari’s.

The modern western feminism deviated from the practical, institutional effort of ensuring women their just and equal rights into areas which are beyond equal and just. Western feminists are now advocate for lesbianism, some of them are against the marriage institution, and some have gone to the level of hating men.

I therefore, decided not to align myself with this type of feminism because it does not solve the problems that women in my society are facing.

In the process of looking for where I belong, I came across some set of women who regard themselves as “Islamic feminists”, these set of feminists advocate for Muslim women to stop using the hijab, because according to them, the hijab degrades women, they also advocate for equal share of inheritance and much more.

I realized that the so called Muslim feminists have negotiated their religious beliefs to fit into the ideas and expectations of western feminism. Then I concluded also that this type of feminism is not what I stand for, this type of feminism cannot profer solutions to the problems of the women in my society.

Then, I decided to look into my religion to see the place of women in it, and that ended my journey of looking for where I belong to and what I stand for as a woman. I came to realization that Islam does not degrade women, Islam does not support the oppression of women, Islam is against the molestation of women, Islam is totally against the humiliation of women. People have so often accused and viewed Islam as a religion that oppresses women. This is as a result of misconceptions and the misunderstanding of the principles of the shari’a. For some people, understanding Islam as a religion can be achieved by merely looking at the practices of it’s followers. This is not proper to some certain extent, because the followers of Islam in different part of the world might have imputed their cultures and practices into the religion.

When women were denied the right to drive in Saudi Arabia, some people mistook that as an Islamic ruling but it is not.

These set of people are either ignorant of the fact that the prophet’s wives, Aisha and Ummu-Salma (R.A) are one of the most influential teachers of the deen or they just decided to ignore it. Some Muslim men who agree to women’s education are of the opinion that certain fields and careers such as being soldiers, pilots and so much more are not for women, they also did not acknowledge the fact there were Muslim women soldiers during the lifetime of the prophet (S.A.W).

Another area where muslim practices has overshadowed Islamic rulings is in the area of force marriage. Islam does not support force marriage, and there are numerous hadith of the prophet (S.A.W) to that effect. Therefore, a Muslim woman can decide to voice out whenever she feels she does not want to marry a particular person.
The way majority of Muslim men handle divorce is not the exact way stated in Islam. Muslim men who practice their culture in our society do send their women away as soon as they divorce them.

But that is not Islam. Suratul Talaq (Quran 65 v 6) and Suratul Baqarah (Quran 2 v 228 and 229) has stated the right manner in which divorce should be carried out. Also, a Muslim woman who thinks she does not want to continue staying with her husband the right to leave that marriage, this process is known as khul in Islam.

Another area where cultural practices has overshadowed Islamic rulings is the custody of children after divorce. In Islam, whenever there is a divorce and children are involve, then the mother has the right to take her children along with her provided she has the ability to train them properly.

Because the mother is with the children does mean that she will be left alone to carry all the responsibilities of the children rather the father continues to take care of all of their financial needs. This is also in accordance with numerous prophetic hadith.

These and much more are examples of Islamic principles that are not done the right way by some Muslims and as a result, creates misconceptions about Islam. Muslim women have all their rights accorded to them in Islam. The problem is that societal cultures and practices has overshadowed those rights.

We are in a society where a man exercises his Islamic rights to marry four wives but does not fulfill the Islamic ruling that mandates him to do justice to each of them, a society where a man marries multiple wives and gives birth to multiple children he can’t take care of, forgetting the fact that these children are amaana, entrusted to him by Allah and that he will be questioned with regards to how he trained each one of them and yet we claim to practice Islam.

We are in a society where a woman cannot even speak up and ask for her God given rights without being labelled a feminist. Women would never stop fighting for their rights until we fix thing up and accord women their God given rights. We would never stop seeing things like “International Day of the Girl child”, and “Muslim Women’s Day” until we fix things up in our society.

I have so far realized that advocating for Muslim women’s God given rights is more of being a good Muslim than the feminist ideals and this has made me see things from an ideal perspective. Since I am not a scholar, whenever I see a particular practice among people, rather than tagging that practice as Islamic, I seek for knowledge on that matter instead and this has made me seen the difference between Islam, Feminism and Culture.

The Legality of Cryptocurrencies in Islam
The USA Election Results far from Settled - The Gore Effect?
How Biofouling Impacts Vessel Efficiency — And How to Fix It

NHRC to Host Webinar on the Protection of Consumer Rights
The National Human Rights Commission (NHRC) in partnership with the... 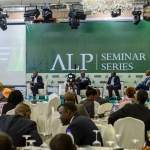