Charlyboy, who is the son of Late Justice  Chukwudifu Oputa,  spoke with DAILY POST, a Nigerian online news platform, said the show has not added any value to the “lives or future” of the Nigerian youths. He said

If I had my way, I would ban young people from watching that scrap. With their present predicament, I don’t see how it adds value to their lives or their future”

The show which, has been flayed in many quarters as indecent and vile, enjoys large viewers especially among Nigerian youths.

The contestants live in the ‘house’ for 3 months and will battle for the grand prize of an SUV and N45 million worth of prizes when the show comes to an end later today, April 22

1 thought on “Charlyboy: Ban BBNaija, it adds No Value to the Lives or Future of Nigerian Youths” 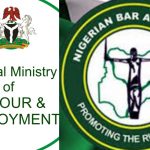 Parole Evidence Rule: When a Document speaks for itself
By Aloysius Ezeonu  The rule of evidence which deals with...

Piracy, Armed Robbery in Gulf of Guinea and other Maritime Offences Act 2019
By Caroline Tokulah-Oshoma  Image by Thanasis Papazacharias from Pixabay The increasing...