Udomfu was standing trial on a two-count charge of conspiracy and murder.

At the time of the incident Udomfu, who is also a lawyer, was chairman of Ukanafun local government council under non-elective political arrangement called Transition Committee in which Atakpa was the secretary.
https://005bb21f0a60bc2971e35664739321c3.safeframe.googlesyndication.com/safeframe/1-0-38/html/container.html?n=0
The matter marked HUK/23C/2017 was dismissed and the three accused persons acquitted for lack of diligent prosecution.

Sequel to the application for fiat for the private prosecutor, which was granted by the office of the Akwa Ibom State Attorney General, the matter was prosecuted by Alfred Edem, a private legal practitioner, who later returned the case file to the state’s Directorate of Public Prosecution (DPP), on the ground that after studying the case he found nothing incriminating against the accused persons. 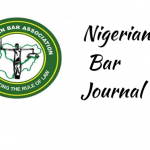 Old Man Cries Out for Justice over Torture, Death of Son, Hassan Muktari, in Police Custody
Mallam Muktari seeks justice in his distress after son dies...