The certified true copy was obtained on last Wednesday, wherein the Court held that the Act establishing the council intended to create core professionals in the computer industry and not for trivialism.

It held that going by the provisions the laws, the CPN was created for core professionals who must write and pass certain examinations to be qualified to be members.

Justice Ayo-Emmanuel ruled that the body could, thus, not be seen to be compelling everybody, including traders on the streets who sell or repairsof computers or who have anything to do with Information Technology, to register with it.

The court ruled, “The above quoted provisions of the Act are very clear and unambiguous and as such must be given its ordinary and grammatical meaning.

“The Act tends to create core professionals in the computer industry which can be regulated like any other profession. The Act does not make room for trivialism.

“To be qualified to be registered as a member of the defendant, you must meet all the criteria set down in the Act.

“In implementing the Act, the defendant cannot be seen to be compelling everybody, including traders on the streets who sells or repairs of computers or who has anything to do with Information Technology to be registered with it.

“That will definitely be outside the objective of the Act.”

The suit marked FHC/IB/CS/23/2009 was filed by an Ibadan-based Information Technology and computer services firm, Citadel Oracle Concept Limited, which had urged the court to, among others, declare that as a limited liability company it did not fall into the category of organisations that must register with the CPN.

The plaintiff, through its counsel, Mr O. Echo, also urged the court to make an order of perpetual injunction restraining the defendant or its agents from sealing or further trespassing  on any of its outlets.

The company had also sought an order directing the CPRCN to pay to it the sum of N700,000 for losses which it allegedly suffered on April 28, 2009 when the agents of the council allegedly disrupted its normal activities to force it to register with the body.

The suit was backed by a statement on oath deposed to by the company’s Managing Director and Chief Executive Officer, Mr. Benjamin Joseph, and Ebuka Victor.

No proof of lost earning

Delivering judgment, Justice Ayo-Emmanuel granted the prayers of the plaintiff except the one seeking N700,000 compensation.

The judge held that the prayer could not be granted in the absence of any proof showing how much the plaintiff made daily.

The court also dismissed the counter-claim filed by the CPRCN to ask for a declaration that Citadel’s refusal to be registered was unlawful.

CPN, according to information on its website, was established by Decree No. 49 of 1993, promulgated on June 10, and gazetted on August 9, of that year.

The body is charged with the control and supervision of the Computing Profession in Nigeria.

Re: The purported Letter by Egbe Amofin to the Eastern Bar Forum
2nd Vice President of the Nigerian Bar Association, Dr. Foluke...

#NBA2019AGC| List of Partner Hotels their Rates and Contacts for Easy Reservations
The Technical Committee of Conference Planning of the Nigerian Bar... 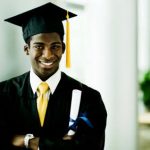