“The critical question for consideration under this issue is whether the money agreed to be paid to the Respondent is one that comes within the purview of Section 271 of CAMA. The parties have rightly
submitted that where the words of a statute are clear and unambiguous they should be given their plain and ordinary meaning: COCA-COLA (NIG.) LTD. vs. AKINSANYA (2017) 17 NWLR (PT. 1593) 74 at 121;
BUHARI vs. OBASANJO (supra) and OLOFU vs. ITODO (supra). Now, Section 271 of CAMA enacts: “It shall not be lawful for a Company to make to any director of the Company, any payment by way of compensation for loss of office, or as a consideration for or in connection with his retirement from office, unless particulars with respect to the proposal and the amount, have been disclosed to the members of the Company and the proposal is approved by the Company.”

The words of the above provision are clear and unambiguous. So they should be given their plain, ordinary and natural grammatical meaning as rightly submitted by the parties. By the said provision, no compensation or other consideration shall be paid to a director of a company upon his ceasing to be a director unless the particulars of the payment and the amount have been disclosed to the members of the company and approved by the members.

The Respondent was an Executive Director of the bank; so as a Director the provision is applicable to him. In AGRO ALLIED DEVELOPMENT ENT. LTD. vs. MV NORTHERN REEFER (2002) 12 NWLR (PT. 1155) 255 a member of a company is defined as follows:

1) The subscribers of the memorandum of the company.

2) Every other person who agrees in writing to become a member of a company and whose name is entered in its register of members.

3) A shareholder. From the facts averred to by the Respondent the payment to be made to him was negotiated with, agreed and approved by the Chairman of the bank.

There is nothing in the pleadings remotely showing that the particulars of the proposed payment and the amount was disclosed to and approved by the members of the company. Now, the Respondent has argued that the agreed payment was neither a compensation nor consideration payable to him consequent upon his ceasing to be a director. Could this be correct? We turn to the pleadings.

The word “severance” is used in the claim. One may ask, severance from what? The answer would be severance as a director of the bank. Without a doubt, the amount agreed to be paid to the Respondent falls squarely within the purview and ambit of Section 271 of CAMA and it is not lawful to make the said payment without the approval of the members of the company. The lower Court was therefore in error when it entered default judgment for the Respondent for the said amount contrary to the stipulations of Section 271 of CAMA.” Per OGAKWU, JCA.(Pp.36-41,P
aras.F-C).”

Does Production of a Medical Certificate Effectively Dispense with Attendance of Its Author in Court...
Lagos Limitation Law no longer Applicable to Contract of Employment– Industrial Court Ruling
Court of Appeal Rules that an Application for Renewal of a Writ can be Made Ex-parte

YCYW urges PDP to nominate a Yoruba Youth as Abubakar Atiku’s Running Mate
The Yoruba Council of Youths Worldwide has called for...

Olumide Akpata Denounces Brutalisation of Lawyer by Soldiers, Says Right to Life, Dignity, must be Respected by Security Agencies
Senior partner at Templars, Olumide Akpata, has condemned, in its...

‘120 Days after, We Demand Justice for Victims of Lekki Shooting’– Eti-Osa Bar Forum
We are aware that come Saturday, 20th February, 2021, it... 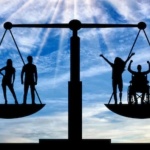