In a ruling on Monday, Justice Inyang Ekwo ordered the service of all court documents on the suit on the NJC, the Federal Judicial Service Commission (FJSC) and the Attorney General of the Federation (AGF), who were not represented in court.

The judge said such a case deserved to have prompt hearing.

He abridged the time and ordered the defendants to file their responses within five days of their receipt of service.

Justice Ekwo directed the court’s Registrar to issue hearing notices on the parties and adjourned till April 8, 2021.

The President of the Court of Appeal, who is also a defendant in the case, was represented by Yakubu Maikyau (SAN).

The plaintiff – Alaigbo Development Foundation (ADF) – claimed that the alleged imbalance, lopsided distribution of federal amenities and offices and marginalisation of Nd’Igbo in the country had been raised “to unbearable and alarming proportions and most surprisingly even in the hallowed temple of justice”.

It added: “In the ongoing exercise for the appointment of Justices of the Court of Appeal, the Southeast is rightfully entitled to three slots in direct replacement of the three vacancies in that court arising since 2020 from the retirement and death, respectively, of two Justices of the court from the zone and the earlier elevation to the Supreme Court of one Justice from the zone.

“It is regrettable that rather than directly replace/fill these three vacancies with candidates from the Southeast, as is the norm and practice in the court, the Southeast was allocated just one slot while their other two slots are given to other zones.

“This is against the spirit and intent of the constitutional provisions of Section 14(3) of the 1999 Constitution, as amended.”

The plaintiff also said: “Nd’Igbo should no longer continue to fold their arms while things that are rightfully and legitimately due to them are taken away and given to other zones.”

It is praying the court to declare that the decision by the defendants to allocate one slot only to the Southeast in the appointment of the Justices of the Court of Appeal is unjustifiable, unfair, inequitable and contrary to the true intendment of the relevant provisions of the 1999 Constitution.

NBA calls for Investigation into Killing by Customs Officers
Disturbing: A footage from the video shows the officer pull...

Judiciary and the Crisis of Confidence by M.K. Ilyasu
One of the most general acknowledgement in this discourse that...

Data Protection and Intellectual Property: A Global Approach to Dissecting Emerging Legal Issues
The Need for Data Protection in the Modern World According... 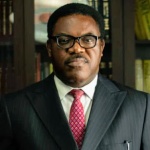