In Madam Ayisat Afinni v. The President and Members of Grade “B” Customary Court, !solo, Lagos State and Alhaji Jumat Owolabi, [Suit No.: ID/852M/2007 (Unreported)], the petitioner, Alhaji had approached the Customary court to dissolve his marriage [Nikah] with Madam Ayisat.

The Wife’s lawyer asked the High Court for certiorari and quashing of the Customary Court proceeding because the court can not validly preside over Islamic marriage matters.

Justice O. H. Oshodi agreed that Islamic law and Customary law are not the same and as such the Customary Court can not  assume jurisdiction over Islamic marriages.

His Lordship then held that;

It must be placed on record that there exists in Lagos State Independent Sharia Panels […].The 2nd Respondent should have approached any of these Panels with respect to his desire to dissolve the marriage”

Facts About the Independent Sharia Panel

The Independent Sharia Panel,ISP, of Lagos State was established in 2002 to which Muslims are invited to submit their civil disputes for adjudication under Islamic law.

It was the closest alternative after attempts to sponsor bills creating Sharia Courts failed— not once —but three times.

The ISP is open to all types of civil cases including divorce, custody of children, inheritance, land matters, election petitions from Islamic associations, contracts, and moneylending.

The ISP has two divisions. The first sits in Abesan Central Mosque in Ipaja Estate, while the second presides over matters in the Central Mosque of the 1004 Estates, Victoria Island.

Once the parties are before the panel, the proceedings are conducted in Yoruba and English languages and of Islamic and English legal form

Legal practitioners are permitted to appear and represent their clients, non-qualification in Islamic law is no hindrance.

Objections, applications, or motions based on Nigerian law may be made and argued and are ruled on in writing. Once the case proceeds to hearing on the merits, Islamic law and procedure take over and all the complex rules of procedure and evidence laid down in the Maliki books of Islamic jurisprudence (fiqh) for the disposition of various types of cases are employed.

After hearing the case, the judges confer with one another to reach an agreement on proper disposition of the matter. One  of them is assigned to produce the lead judgment.

This is in writing, formally explained and reasoned, with citations to appropriate authorities, signed, certified, and delivered to the parties, similar to judgments of the High Court.

A book on ISP selected judgements has been published.

The ISP is a private tribunal: its judgments cannot be enforced directly.

Presumably, they can be taken to the High Court for enforcement on the ground that they are the outcomes of arbitration to which the parties agreed.

Sultan Bello Mosque inaugurates Committee for Protection of Victims of Abuse in Kaduna
[Just In] DSS To Review All Cases Of Unlawful Detentions, Human Right Abuses
A Prosecutor Cannot Be Disqualified From Prosecuting A Matter On The Ground Of Perceived Bias Agains... 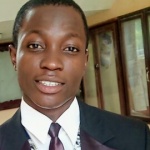 NBA2019AGC~Ikhide Ehighelua to Present Complimentary Copies of Book, ‘Enviromental Protection Law’, to First 10 Session Attendees
At the Environmental Justice and the Ecological Crisis in Nigeria:...