The Nigerian mainstream news media and blogosphere was awash with the comments credited to Abdulrasheed Bawa the Chairman of the Economic and Financial Crimes Commission (hereafter called “the EFCC”), illegally giving Bankers in Nigeria till the 1st of June, 2021 to declare their assets in accordance with the Bankers’ Employees ETC Declaration of Assets Act, 1986.

The Act provides in Section 1 (1), that an existing bank employee, shall within 14 Days of the Act coming into Force, which was in 1986, make a full declaration of all his assets. Section 1(2) of the Act indicated above , imposes the same obligation on a new staff of a Bank after the act has come into Force.

Section 3 (1) of the Act stipulates that Bank employees shall submit their assets declaration forms to the Chief Executive of their banks within the said 14 Days of making the Declaration.

Section 3 (2) of the Act provides that the Chief Executive of the Bank shall within 7 Days after the expiration of the 14 Days, submit the assets declaration to the Appropriate Authority

The apposite question to ask is who is the appropriate authority referred to in Section 3 (2) of the Act, is it the EFCC?

To start with the EFCC was not in existence in 1986 when the Act was enacted. The interpretation section of the Act in Section 13, defines the appropriate authority to be the Secretary to the Federal Government or any person designated by him through an Instrument published in a Federal Government Gazette.

I am not aware of any instrument published in a Federal Government Gazette issued by the Secretary to the Federal Government designating the Economic and Financial Crimes Commission as an appropriate authority to enforce/ implement the provisions of the law herein before analysed. They are therefore not the appropriate Authority but meddlesome Interlopers.

The EFCC should concentrate on its core mandate and stop chasing shadows. There are a lot of economic crimes that have not be curbed nor prosecuted. They are looking for soft targets to convict to increase their conviction ratio. You can not put some thing on nothing and expect it to stand. UAC v. Macfoy (1962) All ELR.

The EFCC should know that Nigeria is governed by Laws and not brute force. If a Law does not provide for an action, no manner of advocacy no matter how laudable can change the position of the law.

Douglas Ogbankwa Esq., douglasogbankwa@gmail.com, a Benin based private legal practitioner is the convener of the Transparent Bar Initiative.

Police Brutality: Taming the Undying Monster
The Impunity of the EFCC and the Condonation of the Court by Douglas Ogbankwa, Esq.
Post Covid-19: Information Technology and Sustainable Legal Practice by Adeyemi Abijo, Esq.

Protests and Government Reactions
By Bayo Akinlade, Esq. I haven't commented much regarding the... 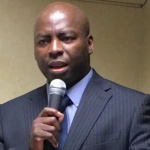