The Federal Government on Monday appealed to the Judicial Staff Union of Nigeria, JUSUN, to suspend its ongoing nationwide industrial action which has paralysed activities in courts across the country.

Minister of Labour and Employment, Chris Ngige, made the appeal during a conciliation meeting between the Federal Government and the leadership of JUSUN on Monday.

In a statement by Deputy Director, Press and Public Relations of the Federal Ministry of Labour and Employment, Charles Akpan, the Minister promised to do a report on the meeting and forward to President Muhammadu Buhari when returns.

Ngige reminded the judiciary workers like doctors and nurses, they were on essential duties and should not go on strike.

According to him, the country cannot make progress economically and socially when the laws are not enforced.

He urged the striking workers to resume work so that when the judicial officers return from Easter holidays, they would not meet the strike.

The Minister said: “We are apprehending this dispute in line with the labour laws of the country. You people are judicial workers and if any group of people will break the laws of the land, it should not be you.

“Even if we disagree here, we will certainly agree later on one thing, which is to call off the strike.”

President of JUSUN, Comrade Marwan Mustafa, said they were guided by the Constitution in their action, stressing that democracy has to thrive on the Rule of Law.

“Having agitated for so long for the needful to be done and it is not done, we went to court and got a judgment before 2014. We are patient. We are not lawless people because we work in a sector where the Rule of Law guides our operation. But to our amazement since we went on strike in 2015, the government seems not to hear us until now.”

Mustafa said: “The Federal Republic of Nigeria is a Federation and is guided by a Constitution. However, we observed that the particular provision of the constitution that grants financial autonomy to the judiciary has never been obeyed as much as it should be, particularly Section 21(3) and Section 81(3).

According to the statement, the meeting agreed to reconvene on Thursday.

Covid-19 and Its Legal Implications for Businesses and Companies in Nigeria
by Victor Opatola, Esq. Image by Mohamed Hassan from Pixabay...

Team DASAN: No Cause For Alarm– Dele Adesina SAN
Dele Adesina, SAN I have read the petition of one...

Ethics as the Fulcrum of the Legal Profession: The Crux of a Successful Lawyer and Just Society
By Prof. Abiodun Amuda-Kannike, SAN A paper presented by Prof.... 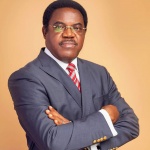