In the Fourth Schedule of the Constitution of the Federal Republic of Nigeria, 1999, the functions of local government councils are deemed to be either exclusive to it or are to be carried out in conjunction with the State governments within which they domicile.

Functions of local government include:

According to No 2 of the 4th Schedule, local government councils also perform other functions concurrently with the state government. Below are the functions:

The Legal Sector and Post COVID-19: The Front Burner Issues by Yemi Akangbe
Unto CAMA what Belongs to CAMA and Unto God what Belongs to God: Is Section 839 Satanic or a Lawful ...
Are Virtual Courts Criminal Convictions Unsafe? 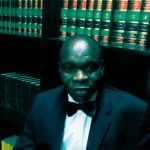 Human Rights at Sea and the Law of the Sea
Image by Michelle Maria from Pixabay by Tafsir Malick Ndiaye...

‘Have a Blessed Easter, May the Peace of God Abide with Every One of Us’– Dele Adesina, SAN
Senior Advocate of Nigeria, Dele Adesina has urged Christians to reflect...