The News Agency of Nigeria, NAN, reports that scores of insurgents in gun trucks and carrying various calibre of arms, stormed the town and engaged the troops in fierce battle that lasted for many hours.

NAN learnt that the fighters were said to be with the Boko Haram faction under the leadership of Abu-Mosad Al-Barnawi.

“The Commander urged the troops to continue to remain courageous while confronting the insurgents,”he said.

Chukwu provided more details of the incident. He said that the insurgents came to extort, terrorise law abiding citizens as well as to attack the military base in the town.

However, they met a serious resistance by the gallant troops.

He did not disclose the figure of casualty or injuries sustained from both parties during the attack.

“The troops inflicted overwhelming casualty on the terrorists due to superior fire power while some of the terrorists fled to the fringes of Lake Chad,” he said.

According to him, efforts are on by the troops to get other fleeing members of the terrorists group.

He advised locals to be vigilant and carry out their legitimate businesses in their communities as well as report any suspicious movements or activities to the nearest military base.

NAN reports that the residents of Magumeri were yet to recover from the panic caused by Saturday’s attack, as many of them have relocated to Gubio and Monguno.

NAN recalls about 2,000 IDPs comprising of 200 households had returned to Guzamala to resettle and resume their traditional occupation of farming and fishing, as well as other socio-economic activities following relative peace.

But the peace was broken Saturday when scores of insurgents in gun trucks and bearing various calibre of arms stormed the town and engaged the troops in fierce battle that lasted for many hours.

Malam Bukar Mele, who escaped from the fighting, told NAN that the attackers invaded the town unexpectedly and asked the villagers to run away for their lives.

Mele said he immediately took his family and began running just as they (Boko Haram) instructed the residents, leaving behind his belongings.

“They told us in Kanuri to vacate the place so that what they came to do will not affect us. So we all took to our heels in different directions for safety,’’ he said.

Mr Abdul Bari, another local in the area, said the insurgents assured that they did not come with intention to kill civilians.

“Their target was the military and not civilians. This is what they told us as they ask us to get out of their sight within a blink of an eye. The insurgents were fully kitted with khaki and covered their faces.

“After one minute, they began shooting from the gun truck facing the military location. There were sounds of sporadic gunshots from many directions. I don’t know what happened but the army was engaging with the terrorists,” he said.

Alhaji Mamman Durkwa, the Deputy Governor of the state, who confirmed the development, said security forces were on top of the situation.

“It is unfortunate to confirm to you that there was an attack by Boko Haram extremists on a military base and other communities of Gudumbali.

“Thousands of the people who were displaced and spent some years in resettlement camps in Maiduguri have returned back recently after the liberation of those surrounding communities by our gallant security forces.

“I regret to inform you that there was another attack by insurgents in Gudumbali, but I am yet to get the number of casualties.

“I just spoke with the Police Commissioner, Mr Damian Chukwu, and the Brigade Commander in Monguno. Both confirmed to me that the attack actually took place, and our security forces were on top of the situation,” Durkwa said.

Reacting, Brig.-Gen. Texas Chukwu, Army Director Public Relations, who confirmed the attack on phone, said the troops had promptly repelled the attack and restored sanity in the area.

“I can confirm that there was an attack in Gudumbali, but the situation was brought under control contrary to the report that the Boko Haram had taken total control of the area,” he said.

Industrial Court holds that Employment cannot be terminated upon Valid Retirement
After reviewing the argument of the parties, the Court Presided...

The Re-arrest and Persecution of Emperor Ogbonna, Esq. by DSS and Abia State Government: NBA Demands for His Release
Mr. Emperor Ogbona is a lawyer practising in the commercial... 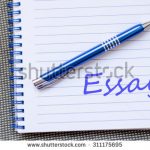