The Isokan Olorisa Agbaye has officially demanded a public apology from Pastor Sam Adeyemi of the Day Star Christian Centre over a video sermon perceived as containing hate speech against traditional African religion.

Adeyemi, founding clergy of the Lagos based church reportedly referred to Yoruba gods, Sango and Sopona, as “foolish” and “powerless”.

Sango is the god of thunder and lightning while Sopona is the deity of smallpox.

The above subject matter refers.

We are highly displeased to notify you and your board of trustees of the Day Star Bible Church, we vehemently condemn and demand an immediate public apology over the careless and intentional spurious hate speech made during one of your church services thus: ‘You are afraid of Sango,, if Sango was that powerful, why did he not supply electricity to our cities, Nonsense!!!, It is amazing how we have national foolishness”, furthermore you said in the same video that ‘You were discussing with one of your member who expressed that Sango-Sopana are not powerful,…..Foolish Idols you better throw them away, Witchcraft Nonsense’ currently trending on social media globally specifically targeted at ridiculing the Isokan Olorisa Agbaye and all other traditional religion worshipers vis-à-vis Sango-Sopana worshipers in Nigeria and In Diaspora.

Furthermore, your seditious and libelous statements are in gross violation of Chapter 4, Section 38(1) of Constitution of the Federal Republic of Nigeria, 1999 (As Amended) : Freedom of Thoughts, Conscience, Beliefs and Religion of all the Olorisa Agbaye religion worshipers; who are extremely keen, serious about their manifested practice modus operandi without any iota of interference and limitations in worship, teaching practice and observance, these remain point of importance to all aspects of our client’s lives, beliefs and behaviour, which is sacredly protected and worthily transmitted from ancient times till date, and passionately held in high respect by them, as expected in a democratic society.

Similarly, your actions are repugnant to public safety, public order, health, morals, and the rights and freedom of other people(Our Clients). Consequently capable of causing huge break down of law and order, ethnic cleansing, religious terrorism, nose-diving into full blown breach of peace and causing civil unrest between members of the Christian faith and other aligned evil thinkers, most of whom must have been indoctrinated by your unrepentant sacrilegious hate speech spoken in the video against All Sango-Sapona Worshippers and other Olorisa Agbaye members.

Perhaps, this could inevitably resort to aggressive mass attacks and killings of innocent Nigerians, considering the current volatile situation in the country, tantamount to criminal conspiracy, precipitating our demand for your immediate reversal and public apology publications in Five(5) National Daily Newspapers, A live broadcast in the same manner of trending video to be posted and broadcasted across 10 national television stations in Nigeria and social media platforms, YouTube Channels, Instagram, Twitter and blogs, with an immediate compensation for the psychological, mental and emotional fears caused our clients in damages sum of N500,000,000.00(Five Hundred Million Naira) for both specific and general damages and any other ancillary expected duties incidental to the aforementioned in this regard. To be effected on or before 7th May, 2019, and by the end of this 7 Days Notice, we shall immediately apply to the court for Fundamental Right Action against your person and the Board of trustees of Day Star Christian Center, Criminal petition/sanction to the DSS, Nigeria Police and Office of the National Security Adviser to the President, followed with simultaneous mass protest action in the media and, a well strategically planned and well deserving national day of mass action against your Church and your person at your premises, for being use as a rendezvous and habitat place of hate speech message promotion and spreading and criminal activities expressed in the live trending video, while the sum of N50,000,000.00(Fifty Million Naira) shall be damages for cost of filing.

We shall see your prompt consideration of the aforementioned as a means of compassionate peaceful review of our lined up sanctions and legal fire power which is uneasy to surmount. Should you fail to comply and dare the consequences, subject to your accelerated compliance on or before 7th May, 2019.

Take Notice: Upon failure to comply with the aforementioned after the due date, we shall be left with no other option than to explore and effectively implement all available legal sanctions against you: Civil and Criminal Litigation.

TAKE Further Notice: That our actions are not limited to the aforementioned, we shall move the President of Nigeria, His Excellency, President Muhammadu Buharii, GCFR to sanction and close down your worship centers across Nigeria as well as de-list your CHURCH name(Day Star Christian Centre) from the Corporate Affairs Commissions register, and globally we shall request that your Church be placed under terrorist organizations watch lists, in line with international laws and treaties for the protection of human rights.

We look forward to your onward compliance accordingly.

You are hereby notified. 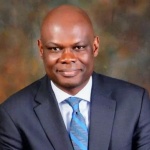