Issues surrounding corruption in the Judiciary in Nigeria has been a matter of concern for many for a long time and I will like to shed some light on what is going on. As a Judge, I have many friends in the Nigerian Judiciary at all levels.

But before I go into judges, let me quickly say this. There is massive corruption through administrative misconducts by clerks, registrars and administration staff in courts all over Nigeria. These are mainly financially induced to hide files, backdate cases, lose files and evidence.

I was told by a lawyer in 2018 of how he had a client whose case was out of time based on the Statues of Limitation. This chap simply went to the High court, bribed the clerk and the case was filed and stamped with a backdated date of 2014 to keep the case “in date” and justiciable

This happens daily all over Nigeria. Administration staff are bribed to destroy files and hide papers to slow down cases for many years. Other than the recent introduction of electronic filling by the Supreme court, our courts are still mainly paper-based. And papers go missing all the time.

There are 4 Categories of Inducements and Influences brought to bear on Judges.

1. Money. This is the popular method of buying judgments in Nigeria. But unknown to many, it is MOST rampant in the lower courts. Magistrates and High Court Judges are most guilty.
Magistrates are paid daily by corrupt police officers to issue all manners of warrants and judicial decisions that taints the rule of law. Litigants also bribe these judges all the time.

While the Appeal and Supreme court Justices are also bribed; this is not the dominant way to buy judgment at that level. Not many can afford the level of money needed to bribe them; and many of the Judges are already wealthy in their own right. Therefore, other methods are used.

2. Blackmail. This is the 2nd way Judges are influenced in Nigeria. I met a Judge recently who confided that he has to throw a case because he was approached with a video of him and a lady (not his wife) having sex in a hotel room. The price of keeping the video private is his judgment.

Many judges in Nigeria are being blackmailed into bending their judgments especially at the High and Appeal court levels in the States and federal courts. This method is usually used after a judge has refused money inducement offered by litigants. Blackmail comes in different forms.

3. Spiritual attack. Although this may sound strange to some, there are judges who call me with strange happenings in their lives during certain cases. Some even recuse themselves to save their lives. Strange illnesses, both to them and their family members is common.
I know many judges who have been threatened after refusing financial inducements. This reality leads many to become a victim of the next category of inducement.

4. Fraternity and Cult Membership. I can confidently say over 60% of the senior Judges I have met belong to one cult or another in Nigeria. Many used this cult membership to progress their legal careers, others joined to seek protection from spiritual attacks common to Judges.
The problem is; once you join these cults, you have to favour fellow members who have cases before you in return for the ‘protection’ they offer. I will not like to say more about this at this stage.

1. Evidence Denial. Admissibility of evidence although governed by rules is also a major area for judicial discretion. Judges have lots of power to reject or admit evidence

If there is a video of Mr A killing Mr B; if that video is admitted as evidence, the hands of the Judge is tied by law in the fact that a GUILTY verdict has to be given to Mr A. So an induced Judge will simply find a technicality & refuse to admit d video in evidence. Case closed

So, a lot of cases fail due to “lack of evidence”. This is the most regular way corrupt Judges use to throw cases. Of course, a corrupt Judge will also admit as evidence what he should procedurally reject if that favours his inducer.

2. Unreasonable Adjournments. When you hear a case has been adjourned 25 times over a certain number of years, just know that something is wrong. It is not uncommon for a case to be on the books and been adjourned repeatedly over 6 years and the case has not even started yet.

This is one of the ways, corrupt judicial officers show favour if the evidence against their sponsor is too strong to ignore.

Are there honest Judges?

YES, there are. But they are in the minority sadly. Those not normally corrupt are being blackmailed. This is a serious problem.

Some of these inducements happen in all countries, including those in the West. But how do they deal with it? So what are the solutions for Nigeria? That will be the subject of another

2 thoughts on “Insight into Judicial Corruption by Dr Charles Omole” 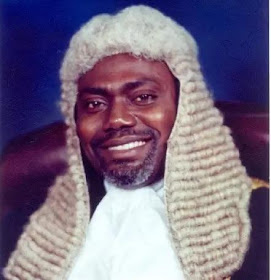