Justice Chioma Nwosu-Iheme Justice of the Court of Appeal, Benin Division, has been kidnapped by unidentified gun-wielding men.

According to the Publicity Secretary of the Nigerian Bar Association, Benin branch, Douglas Ogbankwa, His Lordship was whisked away to an unknown destination Wednesday morning on her way to Owerri at Agbor Road, Edo State.

The report has confirmed that his lordship’s police orderly was callously shot dead by the marauders.

We sympathise with the police officer’s family and pray for Justice Nwosu-Iheme’s safe and timely release. 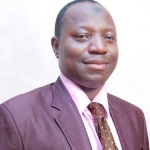 NBA Democracy Day Message: A Day To Reflect On The Values Of A True Democratic State
The President of the Nigerian Bar Association, Abubakar Balarabe Mahmoud,...

How to Be Top-of-Mind to Your Connections? – Business Development Strategies
By Itzik Amiel I had an interesting business development reflection...