Low turnout on Saturday’s Bauchi-South Senatorial bye-election as many rural dwellers opted to tend to their farms instead.

According to the News Agency of Nigeria (NAN) covering the election, as at 9am, the number of voters that turned out for accreditation and voting was far below expectation..

Why?  Most of the voters had gone to the farm.

Turnout in all polling units unimpressive for the same reason.

In Tafawa Balewa town, Ezekiel Samson, a farmer who arrived late to the polling unit told NAN that he had to leave for his farm early morning.

“My farm first before voting. Most people have gone to the farm. They may come back to vote later,” he said.

In some polling units within Bauchi metropolis visited by NAN, voting commenced about 30 minutes behind the scheduled time of 8am, and turnout was also unimpressive as at that time.

At polling units in Yakubu Wanka, Kobi, Fadaman Mada and tirwun areas of Bauchi metropolis, among others, INEC officials, security personnel and party agents told NAN that the process was going on peacefully, and expressed the hope that all would end well.

The by-election is being conducted, sequel to the death of the representative of the district the senate, Ali Wakili, on March 17, 2018. 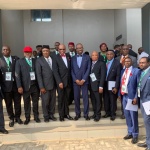 Plateau State: Some Politicians behind the Killings, I have Evidence– Hon Ahmed Maje
Hon. Ahmed Maje from Plateau State has disclosed that some...

ACT TO PROTECT Children Affected by Conflict
In response to a rise in grave violations committed against...

COVID-19 Pandemic and the Battle of Conspiracy Theories by Esther Osaivbie Osawaru
Throughout the history of mankind, different delusions, false assertions and...

The Dignity of Legal Profession Going Down the Drain: A Call to Save our Soul– Mobolaji Ojibara
I have just watched a video of how one of...