As the ongoing strike action embarked upon by the Judicial Staff Union of Nigeria (JUSUN) enters its 2nd week, the Federal Minister of Labour and Productivity, Chief Chris Ngige, yesterday, 12th April, 2021 held an emergency meeting with the leadership of JUSUN, the Nigerian Bar Association (NBA) and other stakeholders with a view to bringing an end to the strike embarked upon by JUSUN.

This is contained in a report by the NBA Publicity Secretary, Dr. Rapulu Nduka.

At the said meeting, JUSUN through its spokesperson reiterated JUSUN’s resolve to continue pressing for the total financial autonomy of the Judiciary without which the strike action will continue.

The NBA through its 1st Vice President, John Aikpokpo-Martins, affirmed its support for the JUSUN strike action and expressed the commitment of the NBA towards ensuring that the issues surrounding the financial autonomy of the Judiciary are properly addressed and finally realized.

The NBA also called on the Federal Government to go a step further by directing the Attorney General of the Federation to invoke his powers under Executive Order 10, by advising the Accountant General of the Federation to deduct at source, all funds due to State Judiciaries, and to pay same directly to the Heads of Courts in States that have refused to comply with the Executive Order 10, as constitutional directives are non negotiable.

The Minister of Labour and Productivity – Chief Chris Ngige thereafter assured JUSUN and the NBA that the Federal Government will not compromise the financial autonomy of the judiciary since it is a constitutional provision.

The meeting was then adjourned to Thursday, the 15/4/2021 for parties to reconvene after the scheduled meeting between JUSUN and the Governors Forum on Wednesday, 14/4/2021.

The NBA was represented at the meeting by the 1st Vice President, John Aikpokpo-Martins and the National Welfare Secretary, Kunle Edun.

Also present at the meeting were the Chief Judge of Bayelsa State, Hon. Justice Kate Abiri, representing the Body of Chief Judges of States; Solicitor General of the Federation, Dayo Akpata SAN, representing the Attorney General of the Federation; representatives of the National Judicial Council; representatives of the Inspector General of Police and the Senior Special Assistant to the President, on Niger Delta Affairs- Senator Ita Enang, who also doubles as the Secretary of the Presidential Technical Committee on financial autonomy for the Judiciary.

Cheer, Joy as NBA Orlu Chairman and Wife Welcome Twins after 8 Years of Marriage
Stars are born: Adorable double bundle of joy It has...

Chairperson, Executive and Council Members of NBA Women Forum Condoles with FIDA Ekiti over the Demise of Its Chair, Oluseyi Ojo
Late Oluseyi Ojo doing what she knows best; advocating for... 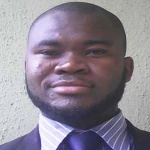