In a bid to curb corruption in our criminal justice system at the magistrates court, the Hon. Attorney General of Lagos State, Moyosore Onigbanjo SAN, has, through the office of the Directorate of Public Prosecution, DPP. tightened the use of his prosecutorial powers by the police.

According to the Chairman of the Nigerian Bar Association, Ikorodu branch, Bayo Akinlade, the filtering process is a tool to combat corruption within the process of filing a charge as well as ensures that only well prepared charges with ingredients to sustain a charge are proffered. It will also screen charges that are purely civil cases but cloaked with a false element of crime.

“Lawyers are encouraged to be vigilant and ensure that this project works. We note with dismay that some lawyers are engaged in sharp practices in this regard. Lawyers that help the police perpetuate this injustice of turning civil cases into criminal cases on behalf of their clients will be exposed.

“We call on lawyers who are residents in our courts to behave in a manner that will not bring the profession to ridicule. This new filtering system should not be abused nor should it be exploited by lawyers to pervert the course of justice.

We call on all FIACIJ members to be vigilant and report any lawyer who tries to pollute this filtering system” Akinlade said.

As part of the NBA’s contribution to compliment the efforts of the AG in ensuring that his prosecutorial powers are not abused, the NBA Ikorodu Branch has appointed the following members to monitor & observe the process independently:

The Monitoring Committee will merely observe the process for the purposes of collecting, analysing data and reporting on the effectiveness of the program.

NBA Ikorodu Branch members are enjoined to support the Ministry of Justice and this committee in realizing their goals. 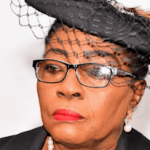 Senate Passes Finance Bill Increasing VAT to 7.5%, 6 Other Taxes Affected
The Senate has passed the Finance Bill which seeks to...