Abuja based lawyer, Hameed Ajibola Jimoh has written a letter to the Chief Judge of the Federal High Court, Hon. Justice John Tsoho urging His Lordship to direct registrars to inform counsel and litigants, in good time, when courts will not sit.

In the letter, Mr. Jimoh, Esq. explained why effective communication is, where appropriate, necessary between counsel/litigants and registry staff in order to forestall inconveniences court users experience when judges are absent.

This recommendation, he said, will enhance trust in the judicial system.

The Office of the Chief Judge of the Federal High Court received and acknowledged receipt of counsel’s letter on March 19, 2021

Full text of the letter

1.The above subject matter refers

2. My Lord, I humbly appeal to Your Lordship to utilize Your Lordship’s powers to the effect that notice of adjournment of courts sittings is always communicated to litigants and counsel on processes through their means of communication filed in their respective court processes (at least 24hours) before the adjourned date (which the court would not sit) by the registry of the particular court which would not sit.

3. My Lord, This development (as recommended by this letter) in the court’s system would save litigantsl/counsel and their witnesses (where necessary) their time and energy as well as their costs and security risks of travelling or appearing in court to their disappointment that the court would not sit. This develoment also add more to the prestige which this Honourable Court has earned over the years as a result of its proactive steps towards rebuilding the court as a 21st century judicial system in Nigeria.

4. Having regards to the antecedents of the proactive nature of this Honourable Court especially to the yearnings and good suggestions of members of the public, litigants and counsel as they concern this Honourable Court, I am most assured and convinced that my appeal would be granted by Your Lordship and in no lime, necessary steps would be taken to ensure that the recomrnendation(s) by this letter is brought into reality.

Section 839 of CAMA 2020: The Facts and Fallacies by Quadri Tunbosun Ganiyu
Upon the signing into law of the Companies and Allied...

The History of SARS in Nigeria
The Special Anti-Robbery Squad was founded in 1992 by former...

Sports Law- Understanding the Rules on the Participation of Neutral Athletes in International Sporting Events
In March 2021 the World Athrletics reinstated the Authorised Neutral... 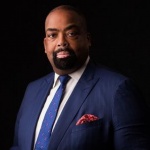