In the case of Registered Trustees of Association of West African Media Lawyers (WAMELA) and Attorney General of Katsina State (Suit No: FHC/ABJ/CS/71/2021) the applicant has sought for a declaration against the Government of Katsina State over the ban on WhatsApp and Facebook in public institutions including schools.

The Association of West Africa Media Lawyers (WAMELA) is a group of lawyers from various parts of West Africa who assist in litigation, research and advocacy on issues related to media and development.

Counsel to the applicant President Aigbokhan, Esq. stated that “on 7th December, 2020 there was a directive to stop social media usage in public institutions including schools

On 11th day of December 2020 there was a mass students’ kidnap in Kankara, Katsina State. This confirms the point that there is a positive link between online and onsite information sharing and anti-terrorism. Where there is no information the people perish”.

He condemned the act of social media clampdown in schools and other public institutions. He added that a restriction on social media conversation or usage is against freedom of expression as enshrined in the constitution of the Federal Republic of Nigeria 1999. He urged the state government to preserve its citizens’ free access to the marketplace of ideas, online or offline.

The case has not been fixed for hearing.

Text of President Buhari’s Friday Morning National Broadcast
Dear Nigerians, Finally, we have reached the eve of the...

Bill of Lading: Meaning, Types and Uses by Foluke Akinmoladun
Introduction The transport by sea of goods is unique in... 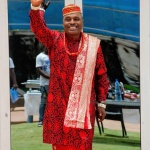