Local government is the third tier of government. As the name implies, local government serves as an avenue to move government to the grassroot level. Be it as it may, Rewa and Adewumi (1992:20) defines local government as: A system of local communities and towns which are organised to maintain law and order; provide some limited range of social services and co-operation of the inhabitants in joint endeavours toward the improvements of their conditions of living…..(1992:20). Appadorai (1975:287); Local government is government by the popularly elected bodies charged with administrative and executive duties in matters concerning the inhabitants of a particular place or district. It is indebatable that local government fits in more in a democratic system of government than military because of the structure, nature, perhaps the definition, if we take cognisance of the definition from Abraham Lincoln ” Government of the people by the people and for the people”. Although military government recognise this said system but not as active or as popular as in a civil\democratic setting.

According to Wikipedia, autonomy is the right or condition of self government. However Local government autonomy is a process where the less privileged government (local government) is allowed to run its activities without any intervention from the Federal or state government. It is to be noted that the 4th schedule of the 1999 constitution explicitly and scrutinly spells out the duties and functions of local government.

The bone of contention as far as this article is concerned is that, does local government actually have the autonomy to govern itself without interference from ‘predators’ (federal or state)?.

Well, this question is an uphill task, to determine the answer but the answer is equally simple as ABC and it is equally visible to the blind that most local governments are controlled by its principals(state of federal) because of some certain factors to be decided herein

Local government could bow to pressure from the state or federal government as a result of unrecognised power to determine who will mount the leadership position of the latter tier. It has become custom and tradition for an aspirant to be an errand boy because of position. As a result of this, it doesn’t augur well for the autonomy of the local government -neither does it recognise the interest of the citizens to elect their choices

2.Administrative Inefficiency. Local governments in Nigeria suffers from administrative inefficiency and ineffectiveness resulting from low educational qualifications of staff, poor motivation, autocratic leadership, poor work environment etc and this calls for intervention of state government or any other government to come as its aid

4.Bribery and Corruption:
No doubt, corruption plays in every country and political system, but the rate of corruption in the local government system of Nigeria is becoming alarming. In fact, it has gotten to the point that the act of corruption is not seen as something that should be shunned or rebuked. Today, about 70% of the people appointed into the administration of the local government were handed ppower to administer the affairs of the people through illegal means.

Facebook, Oversight and the Future of Social Media Regulation
NDPR Implementation Framework 2020: My Thoughts
Covid-19 and Its Legal Implications for Businesses and Companies in Nigeria 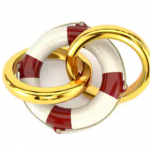 NJC Sets Up Committee on Template for Court sittings in Lockdown, Recommends 70 Judges for Appointments, 2 for Retirement
The National Judicial Council under the Chairmanship of the Chief...

Piracy, Armed Robbery in Gulf of Guinea and other Maritime Offences Act 2019
By Caroline Tokulah-Oshoma  Image by Thanasis Papazacharias from Pixabay The increasing...