The Muslim Lawyers Association of Nigeria, MULAN, Plateau State Branch notice with dismay and total disapproval the decision of the Nigeria Bar Association National Executive Committee dis-inviting Gov. Ahmed Nasiru El-Rufai of Kaduna State as Guest Speaker in the forth-coming Nigerian Bar Association Annual General Conference 2020, on the flimsy and unsubstantiated grounds that he has been disregarding court orders, rule of law and the crises going on in Kaduna state while ignoring and approving the invitation of Governor Nyesom Wike of Rivers State and Former President Olusegun Obasanjo who, on record, have much more cases of disregard to rule of law, court orders and human rights abuses.

In total disregard to the principle of fair hearing and justice to all, which is the core objective and guiding principle of the NBA, the NEC failed, refused and neglected to notify or invite Governor El-Ruafai to hear his side of the allegations.

Instead, the NEC acted on the hearsay and unsubstantiated allegations of some insignificant/few members of the NBA who from all indications have personal grudges against the person of El-Rufai.

Assuming the allegations against El-Rufai were true and the NBA NEC was trying to uphold the rule of law and ensure the protection of our courts and human rights, it would have also disinvited Governor Wike and former President Olusegun Obasanjo who are also being accused of similar or more heinous allegations.

It is our collective belief and conviction that the decision of NBA NEC dis-inviting Gov. El-Rufai to speak at the forth-coming NBA Annual General Conference is uncalled for, biased and a gross disservice to the NBA.

This has smeared the name and image of the NBA in the eyes of right thinking members of the public and we cannot be seen associated with this unfortunate development.

Based on these therefore, the Muslim Lawyers Association of Nigeria Plateau State Branch hereby disassociates itself from, and rejects in strongest terms the NEC decision as same is baseless, biased, nepotic and to say the least selective and unfair. We hereby call on the NBA NEC to reverse its decision and re-invite Governor El-Rufai as earlier invited or to dis-invite Governor Wike and former President Olusegun Obansanjo.

Failure or refusal of the NBA NEC to do either of the two options, the Muslim Lawyers Association of Nigeria Plateau State Branch members shall have no option other than to boycott the forthcoming NBA Annual General Conference 2020.

NBA/JUSUN Talks: Strike to Continue at Federal, State Levels until Demands are Met
The Judiciary Staff Union of Nigeria, JUSUN, has restated its... 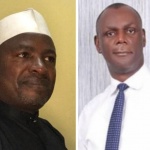