This was made known in a press statement issued by Oladotun Hassan Esq., Chairman and Ayodele Ademiluyi, Secretary respectively of the NBA.

The statement described the fact that the aim of retaining such offices such as National Assistant Secretaries, Assistant Publicity Secretary , Legal Adviser which was effectively scrapped by the constitutional amendment was to provide an all-inclusive Bar for all regional and age segments of the Bar. The offices were also created to bridge gaps within the Bar.

The statement added that the fatal political consequences of the constitutional amendments would soon manifest as the NBA gears up for national elections in 2020. The statement observed that with the deepening polarisations, especially along ethnic and regional lines, the constitutional amendments would only enlarge the crisis.

The statement submitted that the Lekki Forum is worried that despite sensitive warnings from the leading lights of the profession , including but not limited to Chief Wole Olanipekun SAN and Yusuf Alli among others, the Paul Usoro SAN-led administration still went ahead to effect the reclusive constitutional amendments.

The statement also frowned at the process of the constitutional amendments, especially during the course of the Annual General Meeting, it decried the insistence on recording 100 percent voice vote, despite NO votes from the floor against some specific proposed amendments to constitutional provisions.

The statement expresses its reservations to the attempt to insert the clause, ” demonstration of financial capacity” as a condition for contestants to the offices of the President and the General Secretary. It took staunch opposition from the floor for the said clause to be dropped.

We view the philosophy behind the struck-out proposed constitutional provision as a grand attempt towards the bourgeoisification of the Bar where only the big barons would have their say and their way. The statement called for an all-inclusive Bar.

The statement also observed the plans to constitute the National leadership of the Young Lawyers’ Forum and Women Forum within one week. The statement called for elections to be called into these national offices as against appointments, which was the order of the day in previous administrations.

The statement also observed the Communique issued at the end of the Annual General Conference. The statement submitted that the only way for the resolutions to be a reality is for delegates to return to their branches with the burning passion to revamp the Nigerian Bar Association as a vanguard of social justice and defence of rule of law.

Late Aliyu Umar, SAN: NBA Zaria Branch Sends Condolences, Says 'He was a Symbol of Excellence, Simpl...
For the Second Time, NBA Benin Stage Solidarity Walk to the Government House in Support of Financial...
I Stand with NBA and JUSUN, the Independence of the Judiciary is Now or Never-- P.I. Iyomoh 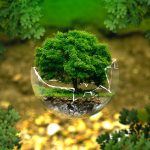 Olumide Akpata Speaks on Uwa, Tina and the Rights to Liberty, Dignity and Life
Akpata reiterates the right of every woman, and every person...

Industrial Court holds that Employment cannot be terminated upon Valid Retirement
After reviewing the argument of the parties, the Court Presided...