The Nigerian Bar Association, NBA, Benin branch has directed its members to withdraw from, and to decline their services to persons charged with the offences of kidnapping and armed robbery in Edo State.

The resolution came on the heels of an emergency meeting convened to discuss the attempted kidnap of two of it’s members, Mr Rasak Isenalumhe and Mrs Q. C. Osawe in Benin metropolis.

Among the resolutions were:

1. The Benin Bar hereby orders the immediate withdrawal of the services of all lawyers registered with Branch from defending persons charged with the grievous and felonious offences of kidnapping and armed robbery, in this regard and for the purpose of emphasis, the bar hereby resolves that lawyers registered with the Branch are forthwih prohibitted from appearing for kidnap suspects either at Police Station or in any Court within Edo State.

2. That this order for the withdrawal of services to persons charged with the aforementioned offence shall be with immediate effect, until otherwise reviewed by a subsequent meeting of the bar. Consequently, any member of the Benin Bar found flouting this resolution/directive shall be heavily sanctioned accordingly.

In addition, the branch resolved to forward a request to the Chief Judge of Edo State, Justice Esohe Ikpomwen, to speedily dispense cases of kidnapping and armed robbery before the courts.

The Branch will also demand that counsel seen to file frivolous applications in order to cause delay of dispensation of such cases be reported to the bar for proper disciplinary actions.

Similarly, the Bar calls on the State Government to rekindle its determination and commitment towards the training of State Counsel, officers of the State Ministry of Justice to enhance their skills by bringing them up date on modern prosecuting techniques in accordance with international best practices.

Regarding lax prosecution of cases, NBA Benin Branch resolves to inflict stiffer, sanctions on State Counsel who are found to have compromised their briefs or have shown lack of will to prosecution suspects charged with the heinous crimes of kidnapping and armed Robbery.

Allegiance is to truth and justice, not to clients

It also issued a stern warning to Defence counsel who indirectly aid criminals escape from legal reproach through unconventional methods and unlawful.

These set of counsel are advised to always bear in mind that as ministers in the temple of justice, a lawyer’s allegiance is not to the client, but to a higher cause which is the path of truth and justice.

The Administration of Criminal Justice Sector Monitoring Committee headed by Mr. Matthew Edeghase is charged with the duty to ensure full, unobstructive compliance with the directives.

A word for the State Government

NBA Benin branch tasked the State Government and security agencies to live up to their mandates of protecting lives, properties and human dignity in Edo State.

It stated that to prevent a slide into anarchy or a relegation into “an hobian state of nature where life is short, nasty and brutish; the State Government must take urgent, premptive measures to curb the rising crime waves.

NBA/JUSUN Talks: Strike to Continue at Federal, State Levels until Demands are Met
The Judiciary Staff Union of Nigeria, JUSUN, has restated its...

A Judge taking over a Matter in which Trial has commenced must, as a Rule, begin De Novo.
[caption id="attachment_1615" align="alignnone" width="452"] Supreme Court: A different Judge...

Adebayo Akinlade is the Empathetic 1st Vice-President We Need in the NBA to Compliment the Efforts of the President
By Ahmed Adetola-Kazeem "Leadership is about empathy. It is about... 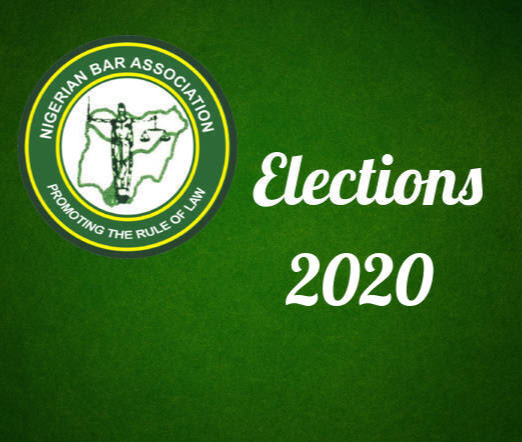