The Nigeria Bar Association, NBA, Benin Branch has expressed regret at the demise of an astute academia, Lawyer and University Administrator, Professor Patrick Ehi Oshio, whose unfortunate demise occurred on the 13th August, 2018.

In a statement signed by the branch’s Publicity Secretary, Mr  Douglas Ogbankwa, Chairman of the Branch, Prince Collins Benson Ogeigbaen, described the loss, as a monumental one to the Bar in view of the Professor’s immense contribution to the development of Business Law jurisprudence in Nigeria .

Professor Oshio was a former Dean of the Faculty of Law of the University of Benin and Father of the immediate past Treasurer of the NBA Benin Branch ,Mrs. Ebehitale Osarumwense.

He was a prolific researcher, who published over 27 articles in local and international Journals, 12 chapters in different books,just as he also Published the following books :”The Law of Banking In Nigeria “, “Modern Business Law in Nigeria “, among other books and publications.

He will be interred in his residence in Benin, on Friday the 21st of September 2018, after a week-long activities of obsequies. 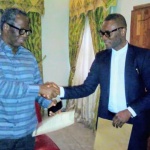 The Application of the Blockchain Technology in Various Sectors and its Regulation in Nigeria
By Halima Ummi Ismail A blockchain is a decentralized, distributed,...

RE: Diaspora Remittances: Where are the Dollars?
October 8, 2019 By Chief Anthony Ani The above question...

Consumer Rights Advocacy: A Safeguard against Goods Sellers and Service Providers’ Impunity
The Nigerian Society is a fledgling one as it pertains...