The Lekki Forum of the Nigerian Bar Association,NBA, has condemned what it calls unlawful arrest of 123 Jigawa State indigenes in Lagos State by a Special Task force.

This was made known in a press statement issued by Oladotun Hassan Esq., Chairman and Ayodele Ademiluyi Esq, Secretary, respectively of the NBA Lekki Forum.

According to the statement, ”Ít is condemnable that the arrested persons were Nigerian citizens and were on their way to Lagos for a lawful business as admitted by the Lagos State Special Taskforce .” The statement asserted that their arrest is an abuse of freedom of movement.

The statement added that the arrest contravened their fundamental human rights guaranteed by Section 41 and 42 of the 1999 Constitution, adding that despite the release of the arrested persons, the Lagos State Special Taskforce is still holding onto their motorcycles and has even gone ahead to issue a statement that it will destroy the same.

The statement applauded the intervention of the NBA Dutse Branch by way of a public statement in calling for the release of the detainees which caused the detainees to be released. We view this as the proper role that the Bar ought play in times like this when democratic rights are coming under severe attack.

The statement called on the Governor of Lagos State, Mr. Babajide Sanwo-Olu, the Speaker of Lagos State House of Assembly, Honourable Mudashiru Obasa and the Honourable Attorney General of Lagos State and Commissioner of Justice to urgently constitute a Committee of the representatives of the Bar, Bench and other stakeholders to review the Lagos State Special Offences Law with the aim of removing the unconstitutional parts thereof that infringes on fundamental rights.

Furthermore, the statement gives notice that in the event that the Lagos State Government fails, refuse and neglects to act accordingly, the Lekki Forum of the Nigerian Bar Association will be left with no choice than to take out a legal action—pro bono publico—in public interest, against Lagos State Government. 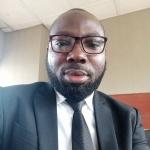 Comrade Okon Osung: The Unsung Hero of June 12
Ikpoto Okon Osung The stakes were high, the country was...

Curfew in Edo State: NBA Benin Branch Sets Up Human Rights Watch Committee
Following an announcement of a curfew by the Edo State...