The document being circulated appears to suggest that The NBA stamp and seal policy has been amended by the Attorney General.

But this news on the Balance of probabilities is unlikely to be credible.

This is because S 1(1) of the LPA, the General Council of the Bar are charged with the general management of the affairs of the Nigerian Bar Association (subject to any limits set out in the constitution of the NBA).

The twenty members of The NBA was only just elected and sworn in August 27, 2020. 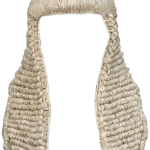 Parliament vs Legislature: Conceptual Clarification by Wukatwe Charles Wakji, Esq.
There are usually three arms of Government to wit: The...

S.P.D.C.N. LTD. v. AGBARA: On whether Appeal Dismissed for Failure of Appellant to File Appellant’s Brief can be Revived
An insight into the decision of the Supreme Court therein....