I suppose that, growing up, I was some kind of bookworm. I liked tarrying in libraries and reading. Reading any book that I could lay my hands on. Especially English and American Literature. So, was it that I read “Rip Van Winkle”.

The book was a short story by an American Author called Washington Irving. He wrote about a Dutch-American villager who fell asleep in the Catskill Mountains and slept for 20 years. While he slept, the American revolution took place. But Rip Van Winkle missed it all, because he was asleep. He slept through a revolution.

Like 1800s America, a revolution has been taking place in Nigeria criminal justice administration since 2015, but many people in law enforcement, like Rip Van Winkle, are sleeping through it.

It is common knowledge that Nigeria security agents routinely do not investigate criminal cases. This is because they lack knowledge or competence in modern crime detection methods, like surveillance, staking out, crime scene investigation, forensic investigation, DNA bio science, polygraph tests to determine the veracity of suspects, etc. Majorly, Nigeria security agents rely on suspects’ confessions to initiate and obtain convictions in criminal prosecutions.

Then the Court will conduct a trial within the main trial to determine whether the confessional statements will be admissible as voluntarily made or not. Many bloody battles in criminal trials were fought on this point.

Hitherto, all that the Prosecution needed to prove was that the Accused person made the confessional statements voluntarily. The principal method of proof was through the evidence of the Investigating Police Officer and other police officers who will merely give oral evidence that the accused was never tortured. The accused person will contradict the assertions equally by oral evidence only, for it will be almost impossible for the accused to obtain independent evidence to corroborate his story of torture at the police station.

Significantly, during the often lengthy period between investigation and trial, wounds would have healed and evidence of torture permanently erased, witnesses at police station may either be unwilling to come forward or may have moved on since the tortuous events at the police station.

Under those circumstances, the question which usually loomed in the courtroom is who the court would believe as between the supposedly public spirited police officers who presumably want to bring a criminal to justice, or the supposed ‘criminal’ himself?.

Mostly, the Courts prefer to believe the testimonies of the angelic police officers.

But all that changed with the promulgation of the Evidence Act 2011 and the Administration of Criminal Justice Act and domestication in several states in the Nigerian Federation.

See the following provisions, amongst others:

In Zhiya v People of Lagos State (2016) LPELR – 40562 (CA), the Court of Appeal held that unlike the Judges Rules, the provisions of the ACJA have the force of law. Non compliance with the above provisions would automatically throw a purported confessional statement out of the window. Yes, those were the words of the eminent Justices of the Court of Appeal.

In conclusion, the question that you should answer is whether the security agents are complying with the mandatory provisions of the Law by insisting on the presence of Defence lawyers or using video recording equipment when taking or recording confessional statements from suspects. If the answer is “No”, then such a written confessional statement will be rejected in evidence and thrown out of court.

I rest my case.

Igbinedion is a lawyer and author of “A Guide to Successful Human Rights Litigation-Vol 1”. For comments or questions about this or any other article, Telephone or Whatsapp 08059863558

Did you know? That Justice Akanbi was the Pioneer Resident Judge of Federal Revenue Court Eastern St...
NBA Sagamu Branch Law Week: Gateway to Justice in Nigeria Contemporay Legal System
Pronouncement of Court against a Stranger in a Suit: Principles and Approches by Alkasim Abubakar

Section 839 of CAMA 2020: The Facts and Fallacies by Quadri Tunbosun Ganiyu
Upon the signing into law of the Companies and Allied...

NBA President Visits Leaders and Members of the Association in Delta State
It was a homecoming for the President of Nigerian Bar... 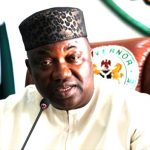