The rule of evidence which deals with the exclusiveness and conclusiveness of documentary evidence is often loosely referred to as the “parol evidence”rule.

It is this rule we refer to when we say that a document speaks for itself. The rule which is of common law origin has been enacted in our Evidence Act.
It is qualified and not absolute. But given the prevalent misconception of the limitations of this rule, it has become necessary to re-examine the boundariesof the rule to prevent the current trend of damaging decisions emanating from its misapplication by our various courts. ________________________________________________
Introduction
In the case of A.G. Enugu State v. AVOP Plc,1
the Court of Appeal, per Tobi, J.C.A. (as he then was) painted the following fascinating imagery about theeffect and place of document in a judicial process:

“A party who has tendered a document in a court of law and admitted as an exhibit, will at the end of the litigation, either sail joyfully with it in the boat of victory or sink sorrowfully with it in
the boat of defeat.”

This analogy underscores the unassailable importance of documents in thedetermination of civil rights and criminal liabilities in particular, and the trial ofcases in general.

However, the rules and practice guiding the concept ofdocumentary evidence present an intractable turf for every legal practitioner of any practicing age and judges/justices at every hierarchical level.

The requirement of the law is that such document should be pleaded and tendered in evidence during trial, in the absence of any defect in admissibility.

In the case of Atanda v.Ifelagha, the Court of Appeal, per Onnoghen, J.C.A. held as follows: “…when a document is duly pleaded, tendered and admitted inevidence, the document becomes the best evidence of its contents and therefore speaks for itself.”5.

In a manner that smacks of generalisation, the Court of Appeal in the case of Aiki v. Idowu,6 per Alagoa, J.C.A. stated thus: “Documents when tendered and admitted in court are like wordsuttered and do speak for themselves.”

This misconception of the parol evidence rule (as encapsulated in section 132of the Evidence Act 1990 and now section 128 of the Evidence Act 2011) is common and has spun a tragic catalogue of damaging decisions emanating from  the bench owing to the inappropriate application of its limitation.

It is a common experience in our law courts that some judges disallow questions in relation to documentary exhibits during cross-examination of witnesses on the ground that a document speaks for itself.

The constant miscarriage of justice wrought by this wrong application of the parol evidencerule has called for a proper and rather urgent reappraisal of the ramifications of that doctrine.

Aloysius Obumneme Ezeonu is an Onitsha based Legal Practitioner and the author of Probate Practice in Nigeria: A Practical Approach.

Key Highlights of the Tax Law/Finance Bill 2019
UN: Replacing SARS with SWAT will Not Address Police Brutality
Who Can Prosecute under the Police Act, 2020 by Sani Ammani, Esq. 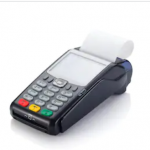