A paper delivered at the 2021 Annual Conference of the Nigerian Bar Association- Section on Public Interest and Development Law held in Ibadan, Oyo State, from 23rd to 26th May, 2021.

Paternity is very important. Our paternity defines us in several respects. How we behave, what character we possess, what disease we inherit and even our position within the social structure.  We have this saying in Yoruba, Omo Akin kin so jo which suggest that the child of a warrior is expected to be brave and courageous. Another saying goes thus –bi Omo o jo sokoto a jo kijipa loosely meaning a child must as a matter of fact take after either of his/her parent. Eni bi ninieni jo means we ordinarily will form our identity from those who birth us.

In this presentation, I would attempt to answer the following questions –

From the simple definition proposed above, paternity fraud suggests that there is an intention to deceive or conceal the original paternity of a child. For there to be paternity fraud, there must be a co- mingling of actus rea and mens rea. This means there must be an intention to deceive and a demonstration of that intent. Paternity fraud is hinged on the tort of deceit. There is false representation by a party to another about the paternity of a child and that other party relies on the representation believing it to be true.

Although women get the most bashing for committing paternity fraud, men can also commit paternity fraud. Can a husband and wife jointly commit paternity fraud? For example,where a husband who is impotent and tells wife to get pregnant through another man without letting the other man know of their objective. The wife gets pregnant and both husband and wife claim the baby and insist the baby is not for the other man, who may even be unaware that the woman got pregnant. The child may never know his or her true identity.

Society at large suffers from the ripple effect of this social anomaly. The society is made up of families which form the building blocks of communities. Fractures that can be caused by paternity fraud go directly to the root of peace and harmonious family living. The ripple effect will be felt in all sectors of livelihood.

The Child Rights Act 2003  provides that, “ in every action concerning a child, whether undertaken by an individual, public and private body, institution of service, court of law or administrative or legislative authority, the best interest of the child shall be the primary consideration”.

Ile to n toro, omo ale be ni o tidagba. A child caught in the web of paternity fraud is denied his/her original identity. Adult children who are victims of paternity fraud suddenly begin to question who they are. This can be most distressing as it can lead to full blown identity crisis which if not managed can have resultant negative effects on the individual. It is a disruption that questions all their reality.

In a patriarchal society like ours, one of the ways masculinity is defined is through procreation. We define who we are through our fathers, surnames. We ask questions like who is your father; to determine what regard such individuals should receive or what social class they belong.  The pressure to be seen as virile appears not to be enough burden, we add on the need to have a male heir with sayings like, Ako ni ogidan bi meaning a virile and able bodied man i.e. an alpha male is expected to birth male offspring. This puts a lot of pressure on both the man and the woman.

Orisa bi Iya o si means there is no god greater than a mother. Even when paternity is in question, maternity is usually not in question. However, we have seen cases where, the court is asked to determine both paternity and maternity.  In Smooth v. Smooth (2015)49 WRN 94 @108, Chief Tunde Smooth as the respondent stated thus; “If she is sure, I will plead with court to make an order for DNA test to ascertain the true paternity and maternity of  the twin babies. If she is proved right, I will publicly apologise to her and pay damages. I am ready to foot the expenses” We all know about baby factories where you can actually buy a child! This gives rise to cases where both the paternity and maternity of the child are in question.

We cannot even begin to stem the tide of paternity fraud, which seems to be getting a lot of commentary in our social space, without looking at the root cause of this societal problem. Why would a woman gbe omo Oba fun Osun (why would anyone think of misidentifying the child of Oba as that of Osun? To my mind the answer is multifaceted. The chief reason to is gender inequality. But let’s look at it together.

The feminisation of poverty is a real issue. Women and girls as a result of gender inequality do not have equal access to education which automatically affects their ability to find work and earn a living. When such women fall pregnant without means of livelihood to fend for themselves and the child, they are at a crossroad. Society associates stigma to bearing children out of wedlock. Women may find giving the pregnancy to a man with means to provide for her and the unborn child an attractive alternative and thereby commit paternity fraud.

Women and girls have limited access to sexual and reproductive health care options. A lot of paternity fraud cases will not occur if women and girls had access to safe and affordable sexual and reproductive health care. The idea that women commit paternity fraud because suddenly women have become sexually promiscuous is presumptuous. It also sparks of misogynistic view by men trying to control the body of women. Women and girls must be able to decide if they want to have a child or not. It is interesting also to note that women who commit paternity fraud are made pregnant by a man who is either unable to accept the pregnancy or out rightly denies responsibility.

The flip side of the hypocrisy is a double jeopardy that women and girls are subjected to. Women who have children out of wedlock are stigmaitised. Women who are also unable to have children in wedlock for whatever reason are also ridiculed and stigmatized. The need to be seen as a fruitful mother of nations with your children and children’s children surrounding your table may lead to paternity fraud. Baby factories have become a rave of the moment where children can be bought like commodities. The cost of a child will depend on the sex and multiple births go for a premium.

What can we begin to do differently?

We need to dismantle the patriarchy. The need to for gender equality is simply a quest for equal access to resources, education, and leadership by both gender. The agency of women should be encouraged. Women must be included in all areas of society. We also need to interrogate gender stereotypes that place pressure of performance on both gender. We need to normalize adoption and surrogacy such that couples who require assistance are able to access safe option in their quest to be parents. In today’s constantly changing world, gender roles have become fluid and we must embrace these realities while upholding the values of trust, loyalty and mutual commitment to build a family unit that is strong and in turn a society.

Glancing Back at Eden: A Note on Medical Negligence in Nigeria by Prof. Babafemi Odunsi
Bullying and Sexual Harassment in the Legal/Justice Community by Ogaga Emoghwanre, Esq.
Companies and Allied Matters Act, 2020 - Why the Mixed Reactions? 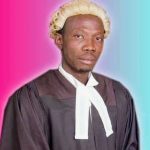