The Nigeria Police sealed up the property since February 28, 2017, despite subsisting court orders.

Jimoh in a petition dated August 13, 2018, specifically wants the Presidency to direct police authorities to respect the rule of law and obey court orders directing them to vacate the office located at No. 57, Iya Abubakar Crescent, Abuja

In the said petition, the activist informed Professor Osinbajo of the two subsisting judgments of the Federal High Court, Abuja which ordered police to unseal the office, but was not obeyed till date.

The petition, entitled: ‘Appeal to Mr. President to compel Police to respect rule of law on Peace Corps of Nigeria’, Jimoh intimated the Presidency that, “the Corps as a uniform youth organization engaging in youth development, nation building, patriotism and neighborhood watch, has been made to suffer untold hardships by the action of Police in sealing up the office unlawfully”.

The activist recalled that Justices Gabriel Kolawole and John Tsoho, have at different times, in their judgments issued orders to the Police directing them to unseal the office in the interest of justice and fair play.

Jimoh, however, noted with regret that Police rather than obeying the court orders chose to remain adamant by blocking the entrance to the office with a heavy truck and stationed several of its men to prevent the officers and men of the Corps from accessing the office as directed by court.

He also informed the Presidency that the flagrant disobedience to court orders and utter disregard to the rule of law by the Police, run counter to the tenets of democracy, warning that, “Police actions are capable of causing anarchy in the country”.

The activist warned that “the use of naked powers and oppression against the youth in the Peace Corps of Nigeria, who are being prepared for a bright future”, were capable of spelling doom for the nation and therefore urged the Presidency to passionately wade into the matter and order Police to vacate the office.”

Jimoh stated that the attitude of Police in the matter of Peace Corps was worrisome because the Attorney General of the Federation, AGF, and Minister of Justice, Abubakar Malami, being the Chief Legal Officer, had twice written the Inspector General of Police on the need to obey court order in the matter of Corps, but that the two letters were treated with levity by the Police and continued their deliberate and willful disobedience to valid court orders.

Besides, the activist also drew the attention of the Presidency to the order of the House of Representatives Committee on Public Petitions to Police to vacate the office based on petitions by the Coalition of Civil Society Organization for Justice and Equity, adding that till date, the Police have chosen to close their eyes against natural justice and opted to take laws into their hands.

He, therefore, pleaded with the Presidency to compel Police to allow the Peace Corps to access their office and property as ordered in the two court judgments.

The petition, copied the Nigerian Police Council, AGF, Police Service Commission and the IGP, read in part: “Your Excellency, with due respect, it is my humble submission that the respect for the rule of law in a democratic system of government as that of Nigeria is the very foundation for any democracy and where an agency of government such as Police has chosen to consistently act in total disregard for court judgments, then the legitimacy of the government becomes doubtful.

“Also, Your Excellency, it is my humble submission that where the rule of law is sacrificed for the rule by whims and caprices, such situation is a war against the supremacy of the Constitution.

“I also submit that the attitude and conduct of the Nigerian Police and IGP against Peace Corps, if allowed to continue, would have much harms on the development of this nation than can be imagined.

“I humbly appeal to Your Excellency to compel and (or) order the Nigeria Police Force and the IGP to obey the judgments of courts in favour of Peace Corps with immediate effect and to also sanction the IGP, who has unlawfully and illegally continue to violate and disobey the valid and subsisting court orders without any reason allowed by law,” he said. 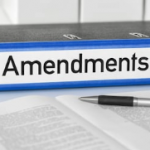 It’s TODAY! Register for FOI Counsel/NBA Benin Branch Event on Open Justice
The Freedom of Information Counsel, FOI, in collaboration with the...

Breaking News| NBA Branches in Ebonyi State Align with the Candidature of Dele Adesina SAN as Their Sole Presidential Candidate in the NBA National Elections 2020
The three branches of Nigerian Bar Association (NBA) in Ebonyi...