It was ritz and glitz as dignitaries from all walks of life gathered at the prestigious Nigerian Bar Association,NBA, Benin branch Bar House for the epoch making event of the naming of the Hall of the NBA Benin Bar House after the benevolent former Chief Judge of Edo State the Hon. Justice Constance A. Rakiya Momoh CFR.

This is in honour of My Lord’s contribution to the bar which include, but is not limited to, the facilitation of the ceding of the land where the NBA Benin Bar House is situate by the Edo State Judiciary when My Lord was the Chief Judge of the state .

It was a roll call of the movers and shakers of the society such as. Nigeria ‘s Former Minister of Information, Prince Tony Momoh; the Iyaloja of Nigeria, Hajia Folashade Tinubu-Ojo; Chief Akinbami and the Judiciary in particular at the ceremony. The Master of Ceremony at the event, Pius Oiwoh Esq., did a splendid job announcing the dignitaries present seamlessly and ex tempore.

From the representative of the Chief Justice of Nigeria-Justice Ibrahim Tanko Mohammed: retired Justice of the Supreme Court, Justice Sule Galadinma, Justice Halima Akinbanmi of the Court of Appeal and the Honourable Chief Judge of Edo State, My Lord, Justice Esther Amenaganmwon Edigin F.I.C.M.C, who incidentally was the Chief Registrar of the Edo State Judiciary at the time the Land where the Bar House is situate was ceded to the Benin Bar.

The Judiciary was fully represented to honour one of its own who distinguished himself while in office and imprinted his footprints in the sands of time .

The Chief Judge of Edo State, the Hon. Justice Esther Amenaganmwon Edigin, who chaired the occasion extolled the enviable records of the Honouree -the Hon. Justice CAR Momoh (Rted. ) CFR ,while in Service at the Edo State Judiciary and beyond.

The Chairman of the Lion Bar, Prince Collins Benson Ogiegbaen, AICM, the Chief Host, in his moving citation of the Honoree poured deserved encomiums on her ,calling her among other apt nomenclature depicting her character “The Queen of the Judiciary in Edo State”.

In comments by judges and other senior members of the bar present at the occasion, there was a symmetry of thoughts as they all agreed on the benevolence of the Honoree, her penchant for merit in all her endeavours and her fairness in her dealings with all and sundry.

The high point of the occasion was the unveiling of the plaque symbolising the naming of the NBA Benin Bar House Hall, now tagged “Justice Constance Momoh Hall”.

The unveiling was supervised by the Hon. Justice Edigin F.I.C.M.C. and a representative of the Chief Justice of Nigeria -Justice Galadima (JSC) as he then was ).

Afterwards, there was a lavish reception at the residence of the honoree to mark her 80th Birthday.

Members of the Benin led by Prince Ogiegbaen later proceeded to the lavish and colourful Socials of the Obsequies in Honour of the Mother of Edward Aibangbee Esq., a former National Financial Secretary of the Nigerian Bar Association and a former Secretary of the NBA Benin Branch, held at the Crescent Sports Club, Irhirhi , Benin City. The event was well attended by dignitaries from varied strata of the Society.

More photos from the event

Nuggets for a Lasting Marriage By Douglas Ogbankwa Esq.
When you know how others failed, then you will learn... 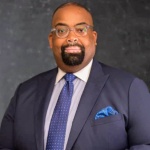