President Muhammadu Buhari was moved to tears by the magnitude of destruction caused by a fire incident that left no fewer than 750 shops in ashes at the central market in Azare, Bauchi State.

President Buhari visited the state to see things for himself and assess the damages suffered by traders as a result of the unfortunate incident.

“I am here to personally sympathise with traders in Azare in the aftermath of the unfortunate fire incident in the market last week,” he said.

The President noted that the fire incident was a natural disaster, and expressed federal government’s sympathy for the victims.

He assured that the federal government will critically look into the matter through the National Emergency Management Agency, NEMA, to assist the victims

“Federal Government is committed to economic development and the market fire disaster is a great setback to our genuine commitment to economic recovery.”

According to the Emirs, the president’s visit demonstrated his concern to the plight citizens and genuine feelings of a statesman.

International Day of the Girl Child: Let Us Continue to Pull Down Barriers– Joyce Oduah
I felicitate with the over 1 billion girls below the...

Obaseki vs Oshiomhole: Time to Call a Truce
By Bawa Muhammed No serious legislative business yet at the... 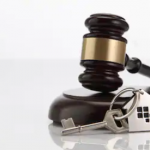