A group of 71 lawmakers of the House of Representatives led by Kingsley Chinda (PDP, Rivers) and Nicholas Ossai (PDP, Delta), have canvassed for the return of Nigeria from the presidential to the parliamentary system. They argued inter alia, that the parliamentary system, as opposed to the presidential system, suits Nigeria because it is more economic friendly, cost effective and largely efficient in the conduct of government business. Whereas, the presidential system has “reduced Nigeria to the poverty capital of the world”, apart from the other claims that “Studies have shown that countries under the presidential regimes consistently produce lower output, volatile inflation and greater income inequality relative to those under parliamentary system,”. Hence, they are now sponsoring the “Constitution of the Federal Republic of Nigeria, 1999 (Alteration) Bill, 2018”.

This call by the members of the National Assembly will surely provoke public debates especially across the Nigerian society as to the propriety or otherwise of the application of the system. Joining the expected reactionaries, I shall therefore, attempt to bring to the fore, some salient advantages and disadvantages of the two systems for public consumption by way of my contribution to the debate.

Governments are mainly classified as presidential or parliamentary on the notion of legislative – executive relations as well as whether the Head of State holds real powers or only formal and ceremonial powers.

The presidential system of government exists in a state where both executive and ceremonial powers are concentrated in the hands of one man called the President. He is both the Head of State and Head of Government. He is the embodiment of the state. He is not a member of the legislature and is not elected by the legislature but by the electorate.

The present government in Nigeria and the United State of America offer good examples of the presidential system of government. The system has several advantages. It has the capacity for ensuring reasonable stability or continuity in administration . This is because the President has a fixed tenure of office. He can only be removed by the process of impeachment. The issue of ‘vote of no confidence’ as obtained under the parliamentary system does not constitute a threat to the President’s position.

Moreover, the issue of dissolution of the legislature does not constitute a threat to the House, since the House, like the President, also has a fixed tenure of office. All these help to promote long term planning and guarantee security for the President himself.

Thirdly, the Presidential system might expedite the decision making process in government. In other words, it provides for quick decisions and actions on national issues. This is because the President has executive powers derived from the electorate and from the legislature.

The presidential system provides able and effective leadership for the country operating it. The President, being popularly elected will be more responsive to the wishes of the electorate, knowing fully well that he might be voted out of power in the next general election if he has not performed well during his first term of office.

Another merit of the system derives from the fact that the President and the members of the executive are above party pressure. Although, he may the leader of the party, yet once he is elected into office as President he is above the party. Hence, the President is free to exercise his power and implement his policies without necessarily going through the party.

The system also has the advantage of providing expertise in administration. The President can select the members of his cabinet without necessarily consulting any party. This enables the President to choose professional experts for the execution of government policies. In addition, since no political party is regarded officially as being in opposition in the presidential system, members of the legislature are able to work as a team.

The principle of separation of power coupled with ‘checks and balances’ that obtain in the presidential system is another advantage. Under the system, the President and his cabinet are not members of the legislature. In addition, a member of the legislature who is invited to join the cabinets must first resign from the legislature before he can do so.

The case of Khadijah Bukar Ibrahim, who was a Senator from Yobe State before her resignation upon her appointment as Minister of State Foreign Affairs by the present regime is a closer example. The judiciary is also independent of the executive and the legislature. However, these three organs also act as checks on each other. This help to prevent tyranny and abuse of power.

Although, the advantages of the presidential system seem so overwhelming and appealing, the system however, has its own demerits.

First, if adequate safeguards are not provided, the Presidential system of government can easily degenerated into a dictatorship. This is so because it is very easy for the President to become dictatorial given the wide powers vested in the Presidency. ‘Power’, Lord Acton declared, ‘corrupts absolutely and absolute power corrupts absolutely’. This is one of the concerns  of those legislators calling for return to cabinet system in the country.

Second, the system could be subject to abuse especially in the appointment of cabinet ministers. This is because appointments may be based on nepotism and favoritism rather than on merit. There are dangers that the President could surround himself with a coteric of friends who are incompetent and inefficient but whose qualification are personal loyalty to him.

Moreover, the Ministers being hand-picked by the President, there is always the danger of arbitrary dismissal of the cabinet members especially when such a member disagrees with him on principle.

Thirdly, the operation of principle of separation of powers under this system may sometime hinders he smooth running of government. There is possibility of constant conflict between the legislature and the executive. For example, the recent actions of the National Assembly members on the 2018 budget passage delay and the non confirmation of some head of agencies, among others, portrayed the dangers inherent in the application of the principle.

Finally, the incidence of lobbying is common under the presidential system, and thus lead to corruption. Frequent recourse to lobbying to get some legislative approval usually brought with the demand for gratification etc. This obviously corrupts the system as witnessed in the past administration when Mal. Nasir Elrufa’i accused the National Assembly members of  demanding gratification during his screening as Minister under the  Obasanjo government.

Secondly, the principle of collective responsibility that obtains in the parliamentary system encourages the cabinet members to work together for the smooth running of government, knowing fully well that they will be held responsible for any shortcoming.

In addition, most countries which operate the cabinet system have opposition parties. In such countries, the opposition helps in checking the excessive use of power by the government.

The increased powers of the cabinet and the prime minister is yet another limitation to the parliamentary system. The powers of the cabinet, especially in the parliamentary system, have increased tremendously in recent times which tends to make the legislature redundant. Similarly, there has been a great increase in the powers of the Prime Minister. No longer is he considered ‘first among equals’, he is viewed as having owner and prestige akin to that of an Executive President. This enormous power of the Prime Minister could also make him an autocrat or a dictator. The power could be misused anytime.

In addition, there is a strong possibility of political instability setting in should the parliament decide to exercise its ‘vote of no confidence’ on the executive for policy mistakes.

The choice of ministers in the cabinet system also has its inherent dangers. Since such ministers are usually limited to members of the dominant party, the possibility of having square pegs in round holes for such appointments cannot be ruled out.

The choice is now before Nigerians to choose between the devil and the deep blue sea, and weigh which one is a better option. 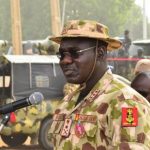 DSS: When A Cup Is Full By Maiwada Dammallam
If it makes sense to you that it was a...

MULAN FCT-Abuja Branch Congratulates Its Members Who are 2020 SAN Rank Recipients
Assalaamu'alaikum. On behalf of the members and the executives of...