Whilst cases of sexual harassment particularly of women at work place have increasingly become a menace in the Nigerian work place, it is however saddening to note that there is no piece of National legislation that addresses this issue in Nigeria.  Moreso, is the fact that the Nigerian Labour Act which is the principal statute that regulates employment and related issues does not criminalise sexual harassment at workplace. Therefore, victims are left with palpable confusion on legal measures to take in order to seek redress.  Countries like the United States of America, Canada, India, do not only view sexual harassment as a discriminatory but have taken further steps to criminalise it.[i]

Prohibition of Sexual harassment of women in Nigeria

Sexual harassment may be defined as the unwarranted imposition of sexual gratification in the context of a relationship of unequal powers.[ii] There are a considerable number of international legal instruments which prohibit sexual harassment of women at work place. One of such instruments is The Convention on the Elimination of All Forms of Discrimination Against Women (CEDAW) which places women at the centre of human rights concern.  Articles 7 – 16 of CEDAW directs state parties to “take appropriate measures to eliminate discrimination against women in all fields specifically inequality under the law, in governance and politics, the workplace, education, healthcare and in other areas of public and social life.”[iii]

Furthermore, CEDAW’s Recommendation 19 Article 11 provides that “equality in employment can be seriously impaired when women are subjected to gender specific violence, such as sexual harassment in the workplace”. CEDAW’s committee recommendation enjoins state parties to take all steps necessary to protect women from workplace sexual harassment. Nigeria signed CEDAW in 1985 and ratified it in 1989 and adopted its Optional Protocol in 1999. It is however trite that a treaty shall only be enforceable in Nigeria provided that the Nigerian government has not only ratified it but also domesticated it through an enactment of an Act of National Assembly to codify it.[iv] Ratification of treaties without more is insufficient for the purpose of its enforcement in Nigeria.

The (Third Alteration) Act 2010, to the Constitution of the Federal Republic of Nigeria (1999) (Constitution) provided in Section 254C(1) for an expansion of the jurisdiction of the National Industrial Court (NICN) in addition to elevating it to the status of a Superior Court of Record.[v] The jurisdiction of the court has now been expanded to include sexual harassment in workplace[vi] and this has been the basis of the NICN in this regard.[vii] Resultantly, it may be opined that the empowerment on NICN to adjudicate on disputes related to workplace sexual harassment may indicate a domestication of all international treaties prohibiting workplace sexual harassment which Nigeria has ratified.[viii] At this point, it is noteworthy to mention that the Criminal Law of Lagos makes sexual harassment an offence by providing that:

“Any person who sexually harasses another is guilty of a felony and liable to an imprisonment for three years.”[ix]

Besides the limitation of this provision to the realm of Lagos as a state law, the NICN cannot assume criminal jurisdiction in matters connected to workplace sexual harassment on the basis of this provision obviously because it is a state law which cannot add or subtract from the powers of NICN which is a federal court.

Notwithstanding the inadequacy of National statues, NICN has taken commendable steps in the protection of women from sexual harassment at workplace by construing it as a violation of the fundamental rights to dignity, discrimination and liberty. This has been achieved by a community interpretation of Sections 34, 35, 42, 254C (1)(f),(g),(h), & 254C(2) of the Constitution,  Articles 2, 5, 14, 15 and 19 of the African Charter on Human and People’s Rights (Ratification and Enforcement) Act[x]by the NICN. In Ejieke Maduka v Microsoft Nigeria Limited & 2 Ors (2013), the Applicant was persistently sexually harassed by the 3rd Respondent who tickled her and other female staff on their waist despite the fact that she reported him to the 4th Respondent and the human resource manager of the 1st Respondent who did nothing about it. Consequently, the 3rd Respondent made the work environment very hostile for the Applicant due to the latter’s refusal to succumb to the sexual harassment.

On this note, the Applicant was subsequently dismissed. The NICN considered CEDAW, the International Labour Organisation Convention (ILO), the African Charter which provides for the right to work, as well as Sections 34 & 42 of the Constitution in reaching its decision in favour of the Applicant. The court held that the termination of the Applicant’s employment was a violation of her righto dignity and awarded the sum of N13, 225, 000.00 as general damages in favour of the Applicant. Similarly in Dorothy Adaeze Awogu v TFG Real Estate Limited[xi], the Claimant was instructed to use her beauty to lure men to patronise the properties of the Defendant Company.

Due to her failure to succumb to the physical and sexual harassment from her superior as well as use her beauty to attract customers to the Defendant, the Claimant’s employment was terminated.  The NICN held that the termination was a violation of her right and thereby awarded general damages to the Claimant in the sum of N2, 500, 000. 00.

Also, in Stella Ayam Odey v Ferdinand Daapah & Cuso International (2017), the widowed Claimant was for a period of six months subjected to sexual harassment which included slapping her buttocks, use of sexual innuendos and embracing her against her will. The Claimant’s employment was terminated when she showed the 1st Defendant her wedding invitation and refused to resign upon the 1st Defendant’s request. The NICN held that Claimant’s fundamental right was breached and thereby awarded special damages to the Claimant in the sum of N16, 862, 511. 00 based on the contract agreement between the parties as well as general damages.

Also, Employers should be mandated in their interest to have policies and rules in their employees’ hand book and code of conduct expressly prohibiting me of sexual harassment. In some of the cases determined by the NICN as earlier discussed some employers we held vicariously liable particularly in cases where they have shown complacency after the victim had reported the conduct to the employers.  In addition to the legal and health costs burden it may place on the employers, workplace sexual harassment may result in the lack of motivation to work and a consequential decline in productivity which is not good for business. Therefore, employers should be proactive in taking veritable steps to dissuade or  make sexual harassment highly unattractive at work place.

An Assessment of the Roles of the Attorney-General of the Federation and of States of the Federal Re...
Violence against Persons[Prohibition] Act 2015: The Enforceability Impasse by Omo Stalina Ehi-Osifo
Sports Law- Understanding the Rules on the Participation of Neutral Athletes in International Sporti...

Lawyer Awarded N25m Against Bank over Unlawful Freezing of Account [Negligence and Breach of Duty of Care]
A High Court sitting in Ikeja has ordered Diamond Bank... 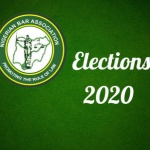