Every system of law is oriented towards certain purposes which it seeks to implement. The purpose of Islamic law is to guide human conduct and to provide general principles of life. It leaves all issues which are dependent primarily on observation or experimentation or inventions such as science and technology to human initiatives,saying in the words of the Prophet of Islam (Peace be upon him) that “you are more competent in devising the (technical) means to maintain your wordly matters.”
It is therefore not the purpose of the law to tell people how to manufacture a car or how to build a nuclear station. But the law states the purpose for which they should be directed.
It follows that the purpose of Islamic law, inter alia, is to construct human lives on the basis of virtues (Ma’arufat) and to cleanse it of the vices ( Munkarat). The term Ma’arufat denotes all the virtues and good qualities that have always been accepted as ”good” by the human conscience.
Conversely, Munkarat denotes all that is “evil”. It shapes the society in a way conducive to the unfettered and gives full play to the forces of good in all directions. And at the same time, it removes all impediments in the path of virtue.
Along with it, this attempts to eradicate evil from its social scheme by prohibiting vice, by obviating the causes of its appearance and growth, by closing inlets through which it creeps into the society and by adopting different measures to check its occurrence.
Further, it is the purpose of Islamic law to to secure justice to all, to establish the rule of law, to maintain peace and security and to promote the welfare of people both individually and socially, and it basic principles are justice, equality, liberty and fraternity.
The chief importance of Islamic law lies in the fact that it builds the mind and particularly the character of man in such a manner that he takes pleasure in doing good to others.
This is most effective in establishing order and peace.
Islamic law believes in the purification of soul [Taazkiat al-Nafs]and aims at the very heart of man which is the seat of emotions, and controls the desires that are directed to the possession of some object from which pleasure in expected.
Desire is often so personal that its satisfaction leads men to deviate from the right path. Man, therefore, is enjoined to act with an eye on the hereafter and the fundamentals or pillars of Islam are contrived in such a manner that they purify the soul and divert attention of man from selfishness to selflessnes, from self-seeking to self-sacrificing.
Islamic law aims to create righteous and God-fearing men, society composed of such men is not only well-disciplined but also free from evils. Thus, according to the Qur’an 2: 77, “it is not righteousness that you turn your faces toward east or west but it is righteousness – to believe in Allah and the Last Day, and the Angels, and the Books, and the Messengers, to spend of your sustenance,out of love for Him; for your kin, for orphans, for the needy, for the wayfarer, for those who ask, and for the ransom of slaves, to be steadfast in prayer, and practice regular charity, to fulfill the contracts which you have made and to be firm and patient, in pain —or suffering— adversity,and throughout all periods of panic. Such are the people of the Truth, the righteous.’
It may be noted that Islamic law while recognising the retaliation as the basic principle of remedial right, favours compensation as being a principle which is more consistent with peace and progress of society, and lays down rules for the purpose of confining retaliation within the narrowest possible limits. [See Qur’an 2 : 178 and 179] The theory set up is that retaliation is not solely a private right, but that the right of the public is also mixed in it.
Hence, the state takes charge of its supervision and imposes strict conditions with a view to suppress the spirit of vengeance which has being so harmful to the society.
Islamic law has come to us, according to [Qur’an 5:16], as a sure and unerring guide to the straight path of peace and prosperity. It gives us in clear and unequivocal terms what is right and what is wrong, what is permissible and what is forbidden.
The main function of law is to provide mankind with a model behavior and a criterion for distinction between good and evil. This is stated in the Qur’anic verse:- ” Blessed is He who sent down the criterion to His servant, that it may be an admonition to all mankind” [Qur’an 25:1]
Law, as such is universal and for all time.

As a criterion and standard for judgment it has to remain in its ideal form.

Muhammed T. Ladan is an academic lawyer, former Dean at the Faculty of Law, Ahmadu Bello U niversity, Zaria. He is a member of the United Nations Technical Advisory Committee On Environmental Crimes and  author of Purpose of Islamic law In: Introduction to Jurisprudence Classical and Islamic.islamic Law

Chief Judge of Edo State urges Lawyers to continue to uphold Rule of Law
Scarce Resources, Not Religion Or Ethnicity Cause Of Herder-Farmer Conflicts– FG
Prof Ojukwu Protests Police Brutality: Its Clear Signal of Anarchy in the Country

1 thought on “The Purpose of Islamic Law is to Guide Human Conduct— Prof M.T. Ladan” 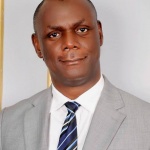 JUST IN| JUSUN Resolves to Continue Strike
The Judiciary Staff Union of Nigeria, JUSUN, has resolved to...

Templars and Baker Mckenzie Host Africa Trade Roadshow|Cross Regional Trade in Africa and specifically, Nigeria and the Implications of the AfCFTA
On 18th February 2020, Templars, in collaboration with Baker McKenzie’s...