A US court has imposed on Uber a $ 1.1 million fine to compensate a blind woman the company refused to transport 14 times.

It was reported that one of the drivers pulled it off before its destination, claiming that it had reached the address.

An independent judge said, “Uber drivers broke the law by discriminating against the woman on the grounds that she was blind.”

The court rejected Uber’s claim that it is not responsible for the behavior of its drivers, as they work for it according to contracts and are not employees.

Ms Irving, from San Francisco, said she was concerned for her safety after being stuck more than once at a certain address in the late hours of the night because drivers refused to pick her up.

She claimed that the cancellation of the taxi request more than once caused her to delay her work, which contributed to her losing her job.

The behavior of the drivers continued despite submitting a complaint to the company more than once.

“Of all Americans who should feel liberated from the taxi revolution, those with disabilities should benefit the most,” an Irving spokesperson said. “According to the US Handicap Act, a dog accompanying a blind person should be allowed to accompany him anywhere.”

In a statement issued by an Uber spokesperson after the ruling, the company is proud of the assistance it provides to blind riders.

“Drivers who use the Uber app must serve passengers who move with the help of animals, and adhere to laws regarding this matter, and we train them on a regular basis on these matters. Our specialized team examines every complaint that it receives and takes the necessary steps,” the statement added.

This is not the first time that a blind person has filed a lawsuit against Uber. In 2014, the National Federation of People with Visual Impairments filed a case against the company over the laws relating to guide dogs.

The case was settled in 2017 when Uber agreed to alert its drivers that they were legally bound to serve people who accompanied guide dogs.

“I’m sorry things got here. I wish my civil rights were respected, but the verdict sends a strong message that what happened is unacceptable,” Irving told the San Francisco Chronicle.

Death of Chief Hon. Olubunmi Olugbade, the Apelua of Ilawe-Ekiti by Dele Adesina SAN
A Gospel song writer says and I quote “What do...

The Concept of Law by Zainab Habib Shinkafi
Understanding the term law is of vital importance to any...

Egbe Amofin Meeting: Okey Ohagba Sends Felicitations, Urges them to Help Preserve the Unity and Integrity of the Bar, Legal Profession in Nigeria
Okey Ohagba I write to heartily felicitate with the leadership... 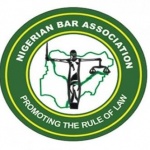