The world expressed shock and grief after at least 50 people were killed in terrorist attacks at two mosques in Christchurch. New Zealand’s Prime Minister Jacinda Ardern said it was “one of New Zealand’s darkest days.”

People and leaders around the world expressed revulsion at the deadly shooting at two mosques in New Zealand on Friday as some countries revealed that their citizens had been caught up in the bloodshed.

The timing of the shootings in the city of Christchurch, during Friday prayers, and the posting on social media of what appeared to be live, point-of-view video footage of the assault by a gunman added to the distress.

The New Zealand police has strongly warned against dissemination of the graphic video while Facebook has announced it has deleted same.

At least 49 people were killed and more than 20 seriously wounded in the mass shootings.

“It is clear that this can now only be described as a terrorist attack,” New Zealand’s Prime Minister Jacinda Ardern said, adding it marked “one of New Zealand’s darkest days.”

Witness saw young girl shot in the back

One witness, who did not want to be named, told media that he was driving by the mosque but pulled over to help when he saw people lying on the ground outside.

“I was driving by, I saw people lying in the ground so I pulled over and then once I got out of my truck I heard all the gunshots going off,” he said. “So I’m just trying to help them and one guy just looked like he was gone.”

He said he saw a man with a “with his 3 or 4-year-old daughter” who had been shot in the back.

“He was screaming like get her to the hospital and the ambulance couldn’t come in until it was secured so I just got my truck and loaded up him, and his daughter, and this other guy had been shot in the leg, and took them to the hospital,” he said.

Australian PM asks for flags to be flown at half-mast

Australian Prime Minister Scott Morrison says he has asked for flags to be flown at half-mast out of respect for those killed in the attack.

“Australians stand with all New Zealanders today during this is dark time where hate and violence has stolen their peace and innocence. Kia kaha (stay strong),” Morrison tweeted earlier.

“New Zealand, like Australia, is home to people from all faiths, cultures and backgrounds. There is absolutely no place in either of our countries for the hatred and intolerance that has bred this extremist, terrorist violence and we condemn it,” he added.

What’s known about the suspects: New Zealand police say they have arrested three men and one woman. One man has already been charged with murder. An account believed to belong to one of the attackers featured a link to an 87-page manifesto filled with anti-immigrant, anti-Muslim ideas.

So far, police have arrested four people in connection with the attack on two Christchurch mosques — three men and one woman.

In a social media post just before the attack, an account that is believed to belong to one of the attackers posted a link to an 87-page manifesto that was filled with anti-immigrant, anti-Muslim ideas and explanations for an attack. The manifesto was not signed.

A journalist Anna Burns-Francis told media houses at least one of the shooters is believed to be an Australian national, while a witness from the scene described a man “white, aged in his 30s or 40s and wearing a uniform.” 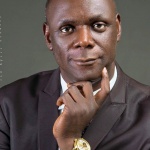 Ogunlana, RAMINBA, Call for the Release of Detained Lawyer, Kunle Awoma
The Chairman of the Radical Agenda Movement in the Nigerian...