Olayinka Oyeniyi Farounbi, a candidate for the position of the Legal Adviser in the Nigerian Bar Association 2018 elections.

He graduated with a Bachelor of Laws, LL.B in 1992 from the Obafemi Awolowo University, Ile Ife, Osun State and had his Barrister at Laws, B.L from the Nigerian Law School, Lagos in 1993 and he was subsequently called to the Bar the same year, 1993. He had his Master of Laws, LL.M from the University of Lagos in 2006.

He did his National Youth Service Corps (NYSC) with the Law firm of Fola Ajijola & Co in Ikeja, Lagos State between 1993/1994 service year. From 1995 to 1999, he worked as a Counsel in the Law firm of Olubunmi Oyewole & Co, now Justice of the Court of Appeal, Calabar Judicial Division. In the same 1999, he set up his own Law firm of ‘Yinka Oyeniyi Farounbi & Co, 114, Ikorodu Road, Fadeyi, Lagos State.

He is a member of NBA Ikeja Branch and has served the branch in various capacities at one time or the other as the Auditor, Assistant General Secretary, Financial Secretary, 1st Vice Chairman and Chairman between 2000 and 2016.

The candidate for the position of the Legal Adviser has been an attendee of the NBA NEC meetings and the AGC since 2000 either as participant or Delegate.

In all the positions so far held, he has not been found wanting and the various experiences gained in those years of sojourn prepared him adequately for a day like this, and as the Legal Adviser, he will serve our association creditably well and strive to avoid any embarrassment whatsoever to the association.

A crushing judgment was recently gotten against the association which almost brought its existence to an end, and this could have been avoided with a competent, diligent, painstaking and meticulous Legal Adviser.

Never will such repeat itself under my stewardship as your Legal Adviser.

Gentlemen, trust me with your votes as your Legal Adviser and I promise to serve you positively in a way never to be forgotten in the existence of our organisation. 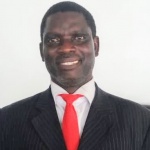