The Young Lawyers’ Forum of the Nigerian Bar Association, NBA-YLF branches within Maiduguri have in strong terms condemned assault meted on a young lawyer by Men of Nigeria Police Force, Bulumkutu Division.

The following statement was issued by A. Umaru, Chairman of YLF- NBA Maiduguri branch:

“The two branches [in Maiduguri] have condemned the barbaric act on its member MUSTAPHA BABA ZAU as such we call on the Nigerian Police Force, Borno State Command to bring those involved to order and face the Law.

“The brief fact is that the young counsel was instructed by his Principal to collect some items belonging to their Clients on the directive of the DPO. Upon reaching the Station he went straight to the counter and asked for permission, whereupon a young police men and one two-star physically assaulted him, commenting that he had no manner of approach and did not follow due process.

“In this regard, whatsoever the case may be we shall take legal action because this is an Infringement on the Fundamental Rights of Mr. Zau.

‘Therefore, we will take all necessary steps to institute action against these officers and the Nigerian Police Force.” 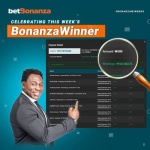 Nigerian Bar Association 2020 Presidential Elections: A Matter of Justice, Character and Integrity by Dele Adesina SAN, FCIArb
INTRODUCTION In my Petition dated August 2nd, 2020 to the...

Should the Provision of Order V Rule 10(1) of the Matrimonial Causes Rules, 2004 be Strictly Complied With? By Iberedem Obot, Esq.
In Nigeria, the Courts have in a plethora of cases...